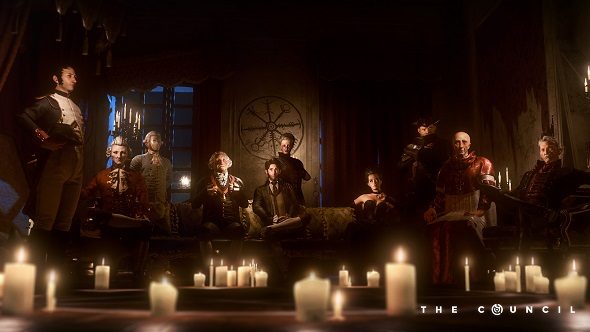 The Council is an adventure game infused with RPG mechanics and some interesting narrative decisions. It started strong, but faltered a bit with the more puzzle-oriented second episode, Hide and Seek. Its third episode, Ripples, arrives July 24th.

Publisher Focus Home Interactive says Episode 3 will continue to raise the stakes in the story of Louis de Richet, who must deal with choices made in the story so far while trying to keep the tenuous situation at Lord Mortimer’s labyrinthine mansion.

“Plots are laid bare, characters reach their breaking point, and an unexpected, terrifying truth is uncovered,” the publisher says in the announcement.

Matt has been playing The Council, and while he felt the first episode showed a way forward for adventure game creators like Telltale, the second episode was a bit of a letdown, focusing on ‘90s-style adventure game puzzle-solving rather than the more interesting character development and RPG mechanics that the debut brought to bear.

In any case, players who purchased The Council’s season pass or complete season package will be able to start playing Episode 3 July 24th. Everyone else can purchase it as a single episode July 26th.

The full season will eventually include five episodes, so there’s plenty left to see in Louis’ story of aristocratic intrigue before things wrap up.