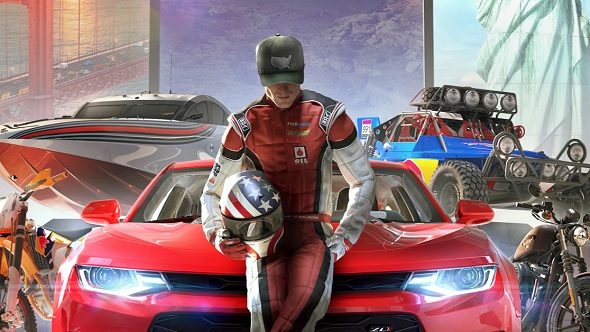 I’m told it takes 45 minutes of flatout burning rubber to drive from coast-to-coast across The Crew 2’s reimagining of the United States. It’s 30 minutes if you’re in a plane. On paper, the numbers don’t sound like much, but take a step back and imagine yourself performing the journey and the scale of the landscape starts to become clear. Double those times if you want to enjoy the scenery.

If you’re a petrol head check out the best racing games on PC.

You will, certainly, want to take your tour of The Crew 2 slower than flatout. As with the real thing, this digital incarnation of The Land of Opportunity is overflowing with diversity, challenges, rewards, and welcome distractions. To treat it as something merely to be beaten, to be rushed through and contemplated via the ticks of a stopwatch, is to miss the point.

Sometimes you’ve got to slow down before you can appreciate the reasons for speed.

For starters, this isn’t a driving game that restricts you to driving. Planes, boats, and motorbikes have been added to the original’s drive-anywhere-race-anytime formula, tempting you to not only learn new disciplines but to appreciate the terrain from a multitude of new perspectives. Taking your time to get a feel for which vehicles you like and don’t like, and how you might approach mastering them, is worth dropping down a gear for. 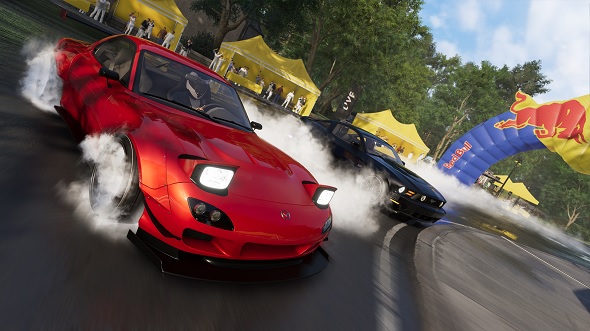 Learning how best to use a given vehicle is a case of understanding how far you can push each machine. The handling models themselves are quite basic and will represent little by way of difficulty to anyone with even minor experience in this genre.

Planes, for instance – the machine type that you’d reasonably expect to demand the greatest skills – are focused on accessibility over complexity. Within moments of getting in the cockpit it’s possible to fly them with decent accuracy upside down and through tight spaces. In part, this is due to diligently crafted tutorials that mustbe completed, but their ease of use is primarily down to their simplicity.

Challenge instead comes from knowing the environment, how to take advantage of any shortcuts you’ve found and, crucially, how to disrupt the rhythm of your competitors. Certainly, undermining the performance of others is just as important as maximising your own speed if you harbour ambitions of notching up consistent wins in organised races.

This might sound like sacrilege to racing purists, but within the context of The Crew 2 this form of interaction and embracing of the dark arts makes sense. Everything here is overblown. 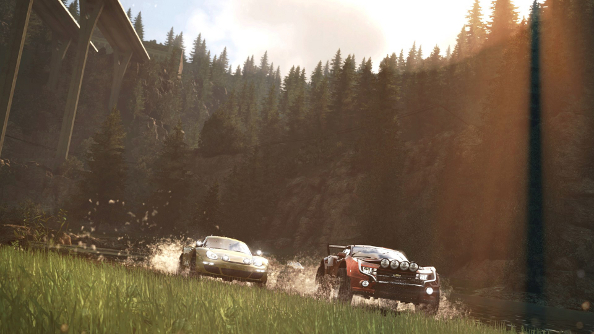 From the saturated colour palette to the heavy-handed presentation of a petrol-headed America, you’re left under no illusion that this is a playground rather than a realistic presentation. From the caricatured mentors that track your career across different racing disciplines to the way upgrades improve vehicle performance in an almost magical way, there’s no doubt that the intended vibe is miles from anything offered in Gran Turismo, Project Cars, or Assetto Corsa.

To ask or expect you to play nice and avoid each other’s bumper would set up a kind of dissonance that risks ruining the wider sense of cohesion and would reduce The Crew 2’s larger-than-life charm.

Lingering over the different vehicle options allows you to embrace your own means of drawing out as much of that charm as possible. Set races are entertaining and beating opponents brings the usual dose of self-satisfaction, but enjoying the scene in your preferred cockpit is just as rewarding as anything else I’ve seen from The Crew 2 thus far.

I’ve yet to tick it off, but travelling coast-to-coast with a crew of four is on my The Crew 2 bucket list. Not racing them, but convoying through the different climates and landscapes as a pack. 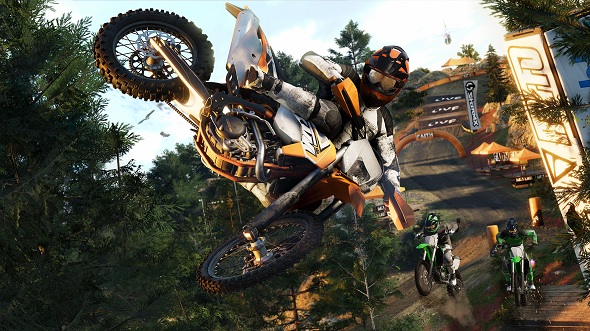 Once you’ve gone through a small handful of early races required to unlock each vehicle type you can switch between machines whenever and as often as you like. You might be driving along the edge of the Grand Canyon and decide that you want to see it from the sky in a plane, and then from the river running along its basin in a speedboat.

You can do that while your friends can take their own routes, alongside you, or above or below. Set the neon lights of Las Vegas’s strip as a meetup point and go your own separate way for a while, reassembling for the next leg of the trip.

With freedom can come a lack of focus once you’ve accomplished your primary desires, however, and it’s here that The Crew 2 still has some convincing to do. The first game suffered from repetition and so all eyes will be focused on this area come release later this year on June 29.

Multiple vehicle types should help ease the pressure to an extent, but that simple handling model might result in some players jumping ship early having felt like they’ve mastered all forms of trial the game can throw at them. Promotion and provision of a large range of social activities, a consistently updated set of events and an aspirational progression system will be key to convincing us to stay for the long haul. 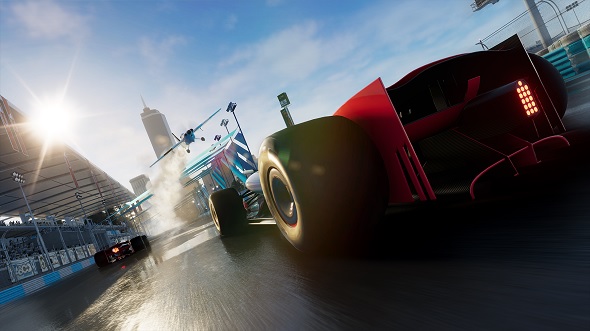 You can shun the social agenda entirely and play through the events assigned to each racing discipline by yourself, taking in what seems to be a traditional racing-zero to racing-hero narrative along the way, but to do so is to miss out on so much promised by the scale of the environment. And, let’s not forget, ‘The Crew’ title is hardly subtle in its promotion of a collective sensibility.

Whatever the outcome, developers Ivory Tower have built a special framework with The Crew 2. The environment, its visual and navigable diversity, the scale of the setting, its multiplayer promise and the technical quality of providing this without a stutter are all worthy of genuine marvel.

All that’s left for them to do is to prove that they can align all of these elements, as well as any other secrets, in enough interesting ways to make us curious enough to keep coming back for more once the initial awe has worn off.

The greatest promise of the American Dream is that it can work for everyone. If The Crew 2 can make good on that in its own particular social realm then it will have done what so few others have.