The Division 2 is a very social game. There are lots of different ways to get involved with other players, whether that’s hanging out in safe houses, answering the distress calls of other Agents, banding together with your best buds, or annihilating your fellow gamers in the Dark Zone and PvP. There is also the new clans system, which is massively improved from the first game and proffers some very rare rewards for those who want to play as part of a larger group.

However, all of these social features can be a little confusing at first – especially when most of these features must be unlocked through various and at different points in the main campaign. In order to help you navigate the various social aspects of The Division 2, we have put together this handy guide for partying up and playing with friends.

Bear in mind that all players will be playing in the open world of the party leader, which is to say against enemies of their level and completing their missions even if you haven’t unlocked them yourself – not to worry though as all of the progress is still counted when you jump back into your own game.

Party members will show up as blue icons on your HUD and map, while clan members will get a yellow icon. You can also fast travel to any member of your group so long as you’re not in combat, which makes getting around a doddle.

How to join friends in The Division 2

First things first, you can either choose to play with friends or with strangers. There are a few components to either choice so it can seem a bit fiddly initially. Playing with friends is actually pretty simple though. Just hop into your social menu in game (which you can access by opening the main menu with Esc) and then send your friend an invite. This should give them a prompt to accept and then you’re golden. Alternatively, you can join the your friends without an invite by double-clicking on their name in the social tab and choosing the ‘join group’ option. The systems go a bit deeper than this though so let’s dive in. 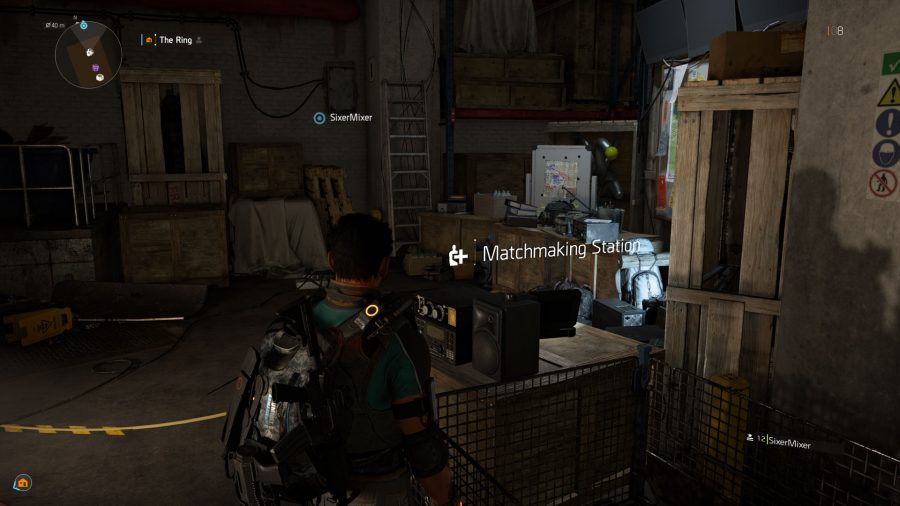 You can both answer and issue calls for help in The Division 2. These are one of the main ways you can play with other people in-game without having them as friends. In order to answer a call for help you can do a couple of different things. If you hear the “agent requesting backup” audio line from ISAC and then join using the prompted key press.

If you prefer to answer slightly less desperate calls or just want to group of with some randoms, then you can go to a Matchmaking Station or the matchmaking menu on your map screen, which lets you jump into a chosen activity with a random player of a similar level.

You can also ask for help by going into the matchmaking tab and holding down G. Oh, and if you want to squad up for a mission, just go to the mission starting point and you’ll be given a prompt to start matchmaking for that specific objective. All you have to do then is accept the invite and you’re good to go. Just be aware that you may end up part way through the mission if you do this. 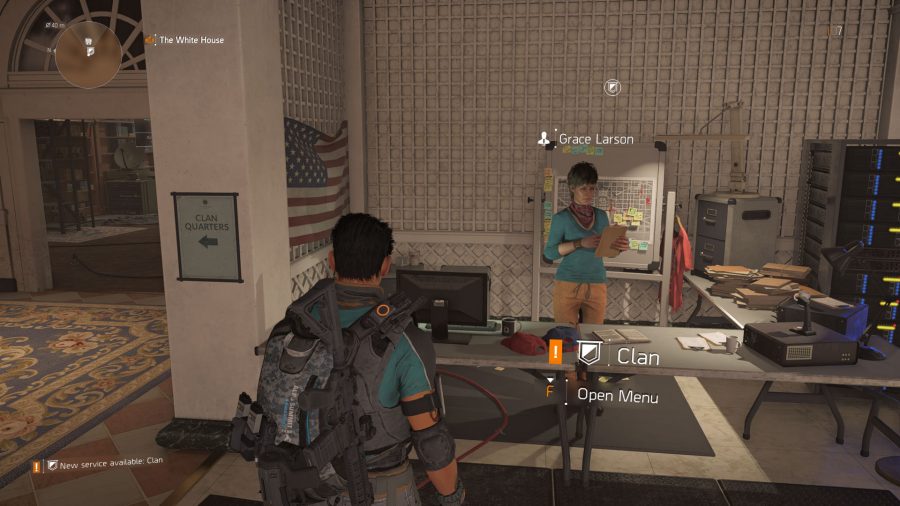 Clans are another brilliant way to get all of your friends together in one place. You gain access to them once you need to do a couple of missions for the Theatre Settlement early in the game. Once you have done this you can recruit a character called Grace Larson. She unlocks the ability to make a clan, which unlocks a bunch of additional progression options through CXP.

Related: For more details on The Division 2 clans

You can keep better tabs on clan members who are online, and you get some bonuses depending on how many of you there are. The current limit for clan size is fifty, and you’ll need a minimum of four members to access some rewards.