The Division 2 gear sets are a vital part of endgame progression, build crafting, and PvP. These armour sets bestow unique buffs and traits on your Division Agent if you have enough pieces of the gear set equipped at the same time, giving you an edge over opponents and allowing you to specialise in one area of combat.

Gear sets differ from The Division 2 brand sets in that you’ll need the bulk of a set equipped in order to glean any bonus stats from it. You can equip a couple of different brand sets simultaneously to mix and match buffs, however a The Division 2 gear set makes up the core of your Agent build.

We’ve gotten a steady stream of new Division 2 gear sets since launch. The first three Division 2 gear sets released alongside the Tidal Basin Stronghold and World Tier 5 on April 5, 2019. Then, the next three – Aces & Eights, Tip of the Spear, and Negotiator’s Dilemma – became available after the first raid, Operation Dark Hours. Next up is the Warlords of New York expansion. So, here are all the Division 2 gear sets we know about so far and what they do.

All The Division 2 gear sets we know about so far are: 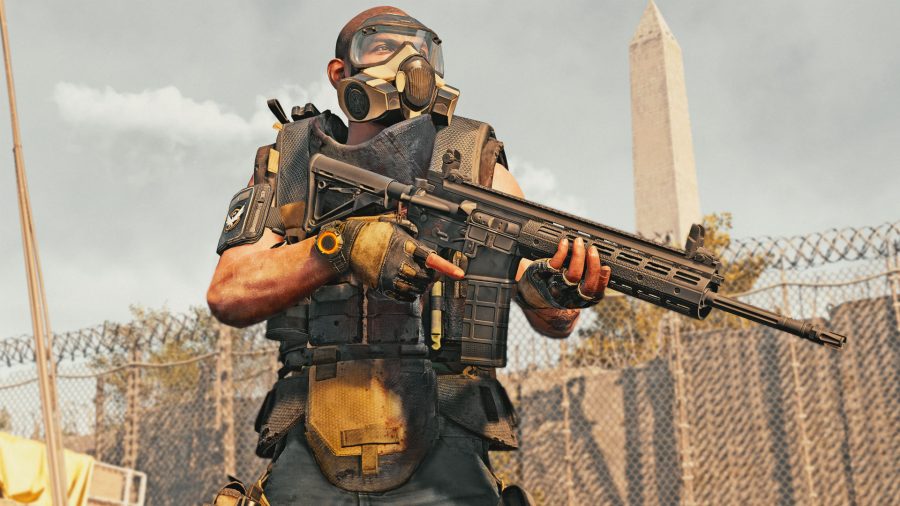 Red, White, and Blue (requires 5/6)
Every enemy you damage over a certain amount gets a debuff. The first gets Red, the second White, the third Blue.

This appears to be a very specialised The Division 2 gear set, and will increase your team’s effectiveness against tanks tenfold. Judging by how these buffs are applied, it looks like you’ll want to use them against enemies who won’t go down without a fight. As each debuff makes this gear set stronger, you want the enemies your fighting to stick around for a while so you can reap the full rewards.

The player with the full True Patriot gear set only needs to worry about targeting the largest and toughest enemies in the room to spread the debuffs around as much as possible, making this a great gear set for a sniper or support Agent build. Of course it all depends on just how much damage you need to add each debuff to an enemy – if we’re talking a couple of bullets then targeting tanks over standard enemies really won’t make much of a difference. 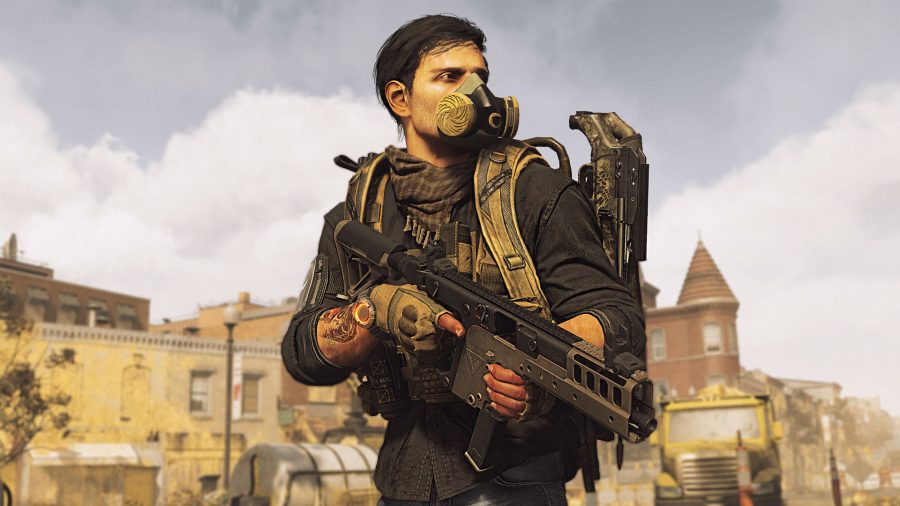 Emergency Requisition (requires 5/6)
All combat resources are picked up from an area of 40 metres around the player (every 30 seconds).

The Right Tool… (requires 6/6)
Kills with weapons add a number of incendiary, shock, or explosive rounds to another random weapon slot.

The five-piece bonus is handy for the players who are reliant on Specializations, as it allows you to easily collect special ammo and continue supporting your squad without having to move. The full set bonus for Ongoing Directive is a bit more powerful, especially for Chatterbox builds where players can rack up kills with the Exotic SMG and then switch out to their second weapon to dish out even more damage with powerful status effect ammo. 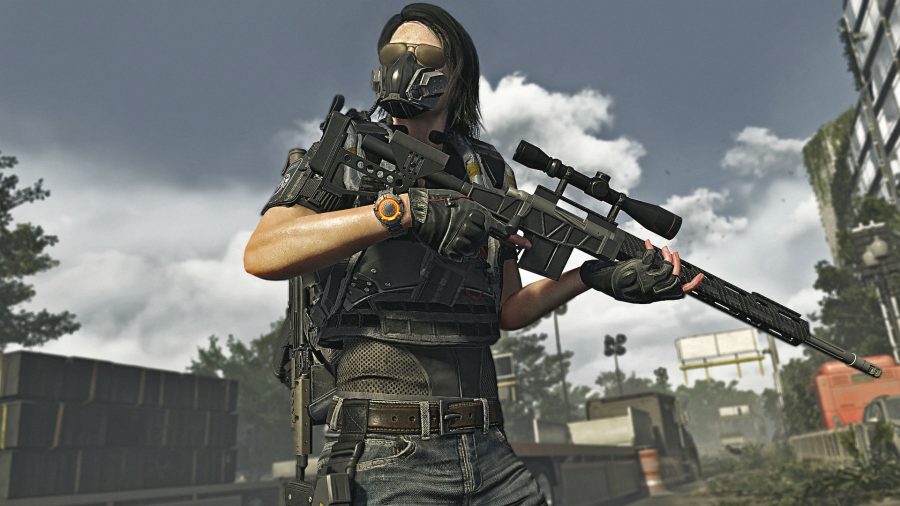 Tamper Proof (requires 5/6)
Enemies that go near your placed skills get shocked.

The five-piece bonus is relatively helpful, especially for catching flanking enemies off guard. It’s harder to gauge how powerful the full set bonus will be as skill builds aren’t particularly popular in The Division 2. For medic builds, however, this gear set is incredibly powerful.

This is gear set requires you to belong to the Sharpshooter Specialization to get access to the five and six-piece bonuses. There’s plenty of randomness and luck involved in this card-themed Division 2 gear set, but Full House and Aces & Eights certainly looks like it’ll come in handy when it comes to tackling bosses and waves of ruthless enemies, especially when your whole team can take advantage of it. 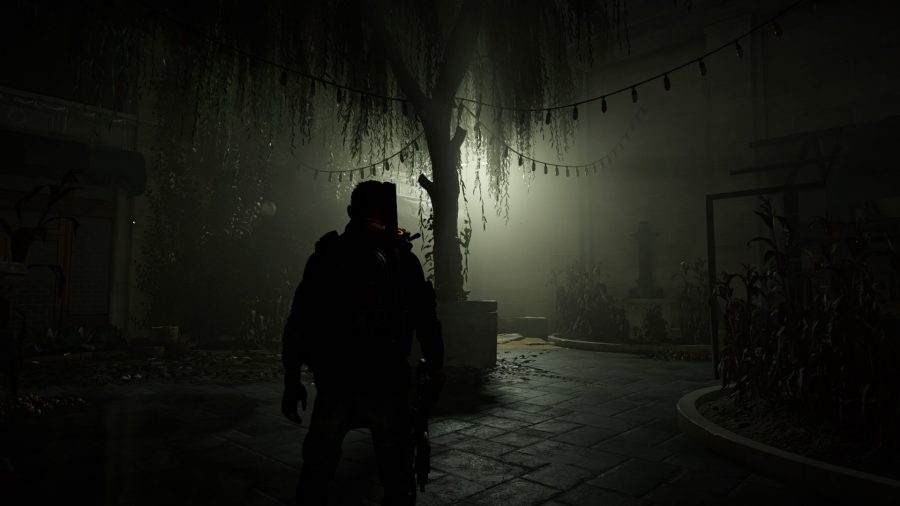 tip of the spear

This next gear set requires the Survivalist Specialization for the big bonuses, and they are certainly eye-catching. Tip of the Spear looks like a great way of thinning out crowds and dealing boosted damage to more powerful enemies nearby –  this could be a part of a great raid-ready build.

Blowback (requires 5/6)
Launch a grenade at the target that depleted your armour, can occur once every three seconds

Press Home the Advantage (requires 6/6)
Explosions caused by the player stacks a bombardier buff. Each stack grants party/raid members +10% explosive damage and the player with +10% armour for ten seconds

The final two perks for Negotiator’s Dilemma are exclusive to the Demolitionist Specialization, and it’s set to ramp up the explosive chaos even more. Boosts to health could make battling on the front line even more viable and having the whole gear set will do wonders for the rest of your team in tough encounters. 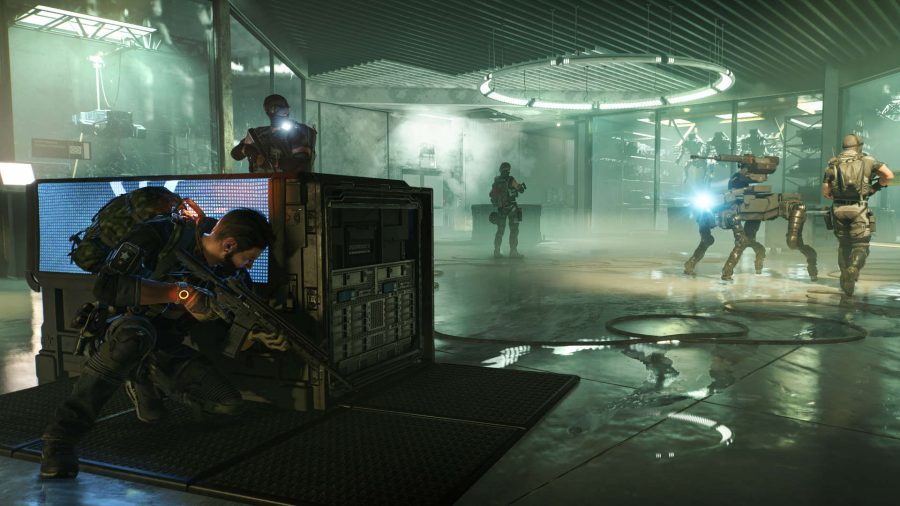 Striker’s Gamble (requires 4/6)
Weapon hits boost total damage by 0.5%, and it can stack up to 50 times. One stack is lost every second, and three are lost if you miss.

This new Division 2 gear set also comes with two talents. The chest piece talent, Press the Advantage, increases max stacks for Striker’s Gamble from 50 to 100. There’s also a talent for your backpack named Risk Management, and it decreases the Striker’s Gamble missed shots penalty from three to two.

Requires 3/6
+40% to disrupt and pulse resistance

Hackstep Protocol (requires 4/6)
Replaces armour kits with an instant, infinite use ability on a 20 second cooldown that grants 50% bonus armour and hides your nameplate for five seconds

This gear set also has two talents to go with it. Compiler Optimisation, a chest piece talent, lowers Hackstep Protocol from 20 seconds to 15 seconds. The backpack talent, Multithreaded Execution, boosts Hackstep Protocol’s armour bonus from 50% to 100%.

How do The Division 2 gear sets work?

Much like brand sets, gear sets are pieces of armour and equipment that share a manufacturer, and when you have enough pieces of a set equipped you’ll get a special gear set bonus to help you in combat.

With the addition of brand sets to The Division 2, which introduce players to the thrills of theorycrafting and offer small bonuses at lower levels, gear sets are more specialised. The True Patriots example is a full set, so we can’t say if any of its debuffs are offered with fewer pieces of gear equipped.

How many gear sets will there be?

We won’t know this until we’re a good way through The Division 2, but the first game features 14 gear sets and we currently know of three gear sets in this one. That gives us a rough idea of how tough it will be to get a full set and how much stat variation there will be.