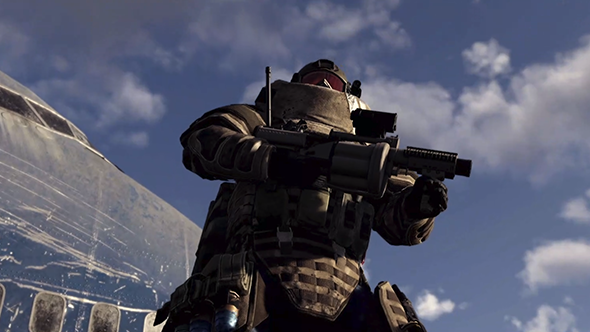 A new cinematic trailer for The Division 2 was just revealed at Ubisoft’s E3 conference. The first trailer, which you can watch below, shows off the decaying dystopia of The Division 2, set in Washington D.C. What we know so far about The Division 2 suggests that we’ll be dealing with a new America Civil War taking place in the ruins of Washington six months after the events of the first game.

The virus that spawned the events of the first game, which was set in New York, has more or less burned itself out, but society is barely holding it together. In Washington, Division agents are the last line of defense in helping to keep the last remnants of society safe from the gangs and factions that have taken over Washington.

Check out our list for some great upcoming PC games.

The Division 2 release date is March 15, and the game will include raids for the first time, as well as skill specialisation, three free DLC packages, and world events, according to a presentation from creative director Julian Gerighty.

You can check out the first trailer, which pans through the ruins of Washington, below:

The second trailer features a lot more combat, with an enormous tank, the Hive bomb we saw in yesterday’s gameplay reveal, and some massive shootouts.

The conference also revealed that The Division 2 will have eight player raids, as Ubisoft make it very clear that they’re planning to go after Destiny 2’s (slightly unimpressed) player base. Sorry, Bungie.