The Division 2 raids represent the pinnacle of late-game achievements in Ubisoft’s massively multiplayer third-person shooter. Fully-fledged raids never made it to the first Division, which made up for it with smaller scale Incursions, the fact that the sequel’s take on this staple of MMO gameplay features larger teams is music to the ears of The Division 2’s players.

Better still, The Division 2 raids are totally free, unlike the paid DLC Incursion missions of the original, leaving you with no excuse not to get a squad together. The first eight-player Division 2 endgame content has already dropped, with elite squads straining every sinew to shaving seconds off their record times.

We’ve pooled together all the latest details on The Division 2 raids, from roughly how challenging they are to when Massive Entertainment plans on dropping future raids, so you know exactly what to expect as you seek to pit yourself and seven mates up against the toughest challenges Ubisoft’s looter shooter can throw at you. Here’s everything we know about The Division 2’s raids.

The first Division 2 raid release date was May 16, 2019. In other words, provided you’re at least World Tier 5 and have Tidal Basin beat, you can dive in now. We don’t know when future raids are coming yet, and Massive haven’t committed to how many there’ll be, yet. 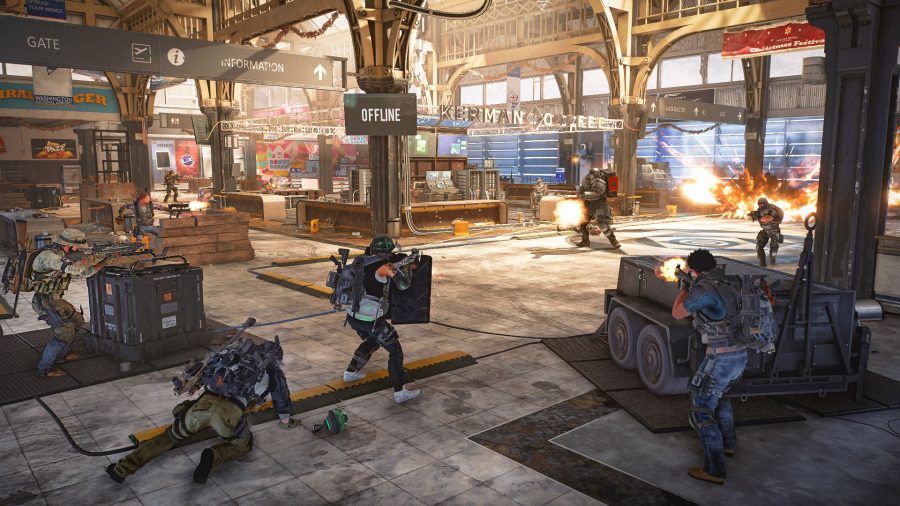 Operation Dark Hours raid is set in Washington National Airport and sees you and your team take on the Division 2 Black Tusks, who are using the area to shift their soldiers and supplies.

As you’d hope, this is a very challenging mission, but there are no plans to change The Division 2 Dark Hours difficulty, despite rumours to the contrary. That comes despite the fact that console players couldn’t complete it within a week of it launching.

Four trophies and achievements are also there for you to aim for and revolve around completing the raid in under an hour, racking up the most kills with signature weapons, killing Division 2 hunters who have killed you before, and fleeing from the Interceptors in less than two minutes. 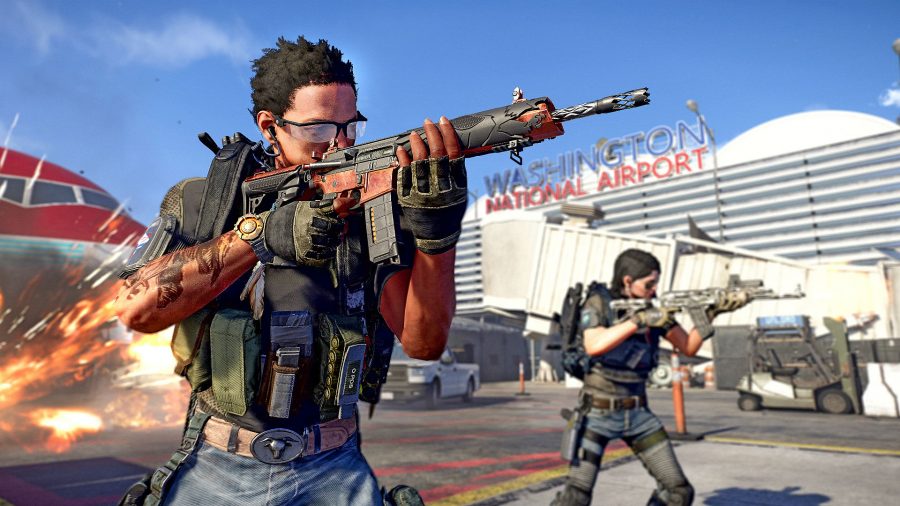 But, putting yourself through the ringer isn’t the only reason we’re here, of course. Operation Dark Hours also gives you the chance to earn a new Division 2 Exotic. There’s an element of RNG involved in getting The Division 2 Eagle Bearer assault rifle – so you might have to run the raid multiple times, but this rare boomstick is certainly worth the time spent roughing it with the Black Tusks.

There’s also the not-so-small matter of brand new Division 2 gear sets. The three new sets are Negotiator’s Dilemma, Tip of the Spear, and Aces & Eights. Each, when you’ve have a sufficient number of the same type equipped – bestow powerful bonuses on you and your teammates and really mix up endgame play in The Division 2.

As with any service game raid, the best teams were racing each the claim the world’s first completion of Operation Dark Hours, and in the quickest time. The first time is always the hardest, and the Division 2 Dark Hours world first took streamer Marco-style and his team five hours, ensuring they are immortalised in-game with their photo and names displayed in Ubi’s White House for all posterity.

But, while completing the raid first is impressive, five hours is pretty lengthy when compared with the fastest current time: The Division 2 raid record time is a sprightly 23 minutes and 40 seconds. The rapid time was set by DUK Clan, who came second in finishing the raid by a measly five minutes – that’s some consolation prize.

We’ve got plenty more guides for the upcoming post-apocalyptic shooter, such as a breakdown of The Division 2 brand sets, and everything we know about the Outcasts, Hyenas, and True Sons faction. We will be updating this guide with all the latest information so check back regularly for more details on The Division 2 raids.