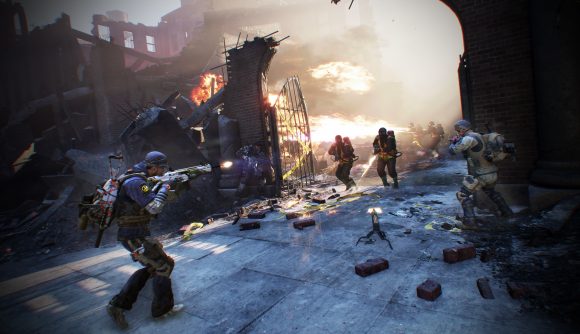 Over the past several months, The Division 2 has circled back to where it all began – the epicenter of the Green Poison, Manhattan. Now you can head back to where the series itself began by picking up The Division, because it’s currently a free game on Uplay.

Now through September 8, you can claim a completely free copy of Tom Clancy’s The Division. It’s the complete base game, allowing you to play solo, co-op, or PvP in the snowy cityscape of ravaged NYC. You’ll meet Agent Fae Lau, run into the Cleaners, and explore the dense urban environments of New York shortly after the emergence of the bioengineered ‘Dollar Flu’ that devastated humanity shortly after Black Friday.

It took The Division almost a year to grow into itself, but once it did, it proved to be a compelling combination of co-op shooting and RPG game mechanics. There’s always been some tension between its RPG-style stats and its run-and-gun action, and that continues to this day in The Division 2. But there’s still a ton of fun to be had in the original.

You can claim your copy of The Division by heading over to Ubisoft’s official giveaway page. You’ll have to log in with your Uplay account, but after that it’s simply a matter of clicking the PC button to have the game added to your account.

You have until 4:00 a.m. in your local time zone September 8 to claim your copy.