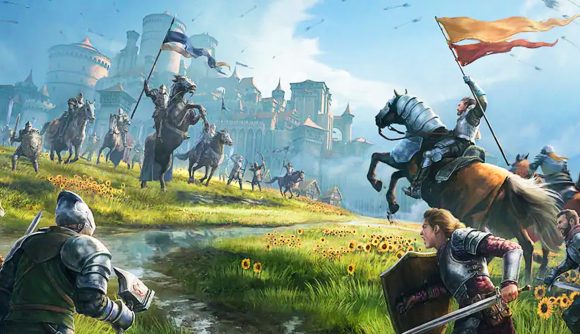 If you’ve ever fancied wandering the lands of Tamriel in The Elder Scrolls Online, you can now do so for free over the coming two weeks. The MMORPG removed its mandatory subscription back in 2015, instead opting for an optional premium subscription, but still requires an initial purchase to play. However, from now until Tuesday, April 26 at 15pm BST (10am EDT) players will be able to start their adventure for free.

The free-to-play event grants access to both the base game (including Battlegrounds and PvP) and the Morrowind DLC’s Vvardenfell area. It will also allow players to partake in this year’s Legacy of the Bretons adventure and play the High Isle Prologue quest line which sets up for the new High Isle chapter due to arrive in June, though you will have to purchase the full game after the free trial period ends if you wish to continue your adventures into High Isle itself.

Bethesda pitches 2022’s Legacy of the Bretons adventure as “classic Elder Scrolls” featuring the traditional, medieval, feudal Breton society and a story taking place amongst a conflict known as the Three Banners War which is dividing the region of High Isle. If High Isle itself sounds unfamiliar to you, it’s likely because it’s an area never yet seen in an Elder Scrolls game – only ever previously having been documented by one map in Redguard.

If what you see during the free period takes your fancy, you have until April 27 to pick up the game on sale with discounts of up to 70% off on the standard edition and 67% off The Elder Scrolls Online – Blackwood. Note that these versions do not include the upcoming High Isle chapter, which will require a separate purchase, but there’s no shortage of things to keep your adventurer busy in Tamriel otherwise.

Also on the horizon for The Elder Scrolls Online with the arrival of High Isle is an in-game collectible card game called Tales of Tribute. Be sure to check back in for more updates on the upcoming expansion and other ESO news.