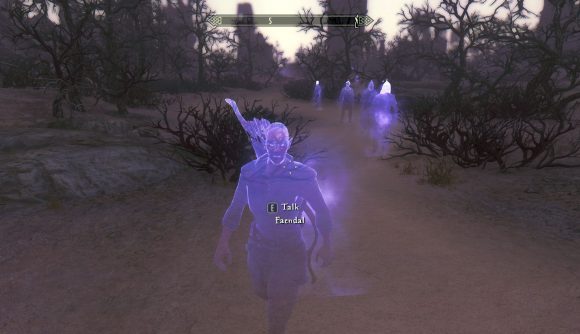 A popular Skyrim mod that’s been unavailable for a while due to needing a “full rework” is back, and ready to banish Tamriel’s fallen folks to the afterlife. Aptly called Afterlife – Resurrected, the reworked mod adds a neat feature that means falling in battle or ending up in a soul gem need not be the end – the souls of NPCs can instead end up in either Sovngarde or the Soul Cairn once you’ve dispatched their earthly selves.

Sovngarde is a Nordic afterlife that features in the fantasy game’s main storyline (don’t worry, no spoilers here in case you’re waiting for that upcoming Anniversary Edition to finally give it a whirl). True to Skyrim lore, powerofthree’s Afterlife mod will send the souls of fallen Nord warriors to this plane – a glorious mead hall full of feasting and jostling over contests to prove physical prowess – but only if they prove their mettle in life. So, if they’ve shown bravery in combat.

Again, no spoilers, but prior to a certain climactic event in the game’s story, you’ll find the souls of Nord NPCs who’ve fallen in battle huddled together in Sovngarde’s mist, trying to avoid a second doom. Once that point is passed, they’ll roam free in the plane, with some even making it into the Hall of Valour.

As for others, any NPCs who get trapped into a soul gem will find themselves banished to a whole other, far less pleasant, afterlife – the Soul Cairn. Appearing in Skyrim’s Dawnguard expansion, this is actually a spooky wasteland plane of Oblivion that’s haunted by the souls of those unlucky enough to end up in a black soul gem, and some undead, as well. So, not exactly a holiday destination. With the mod, you’ll see souls you’ve trapped appear here, and they’ll interact with their surroundings. 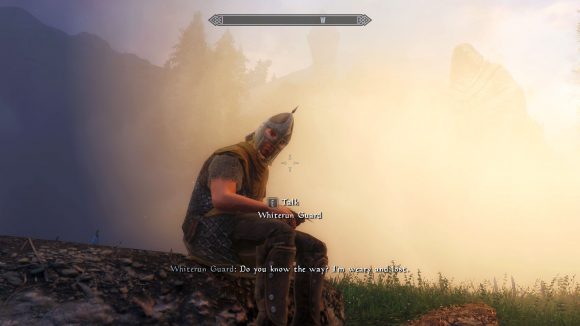 The mod includes some customisation features, so you can set a limit on how many NPCs get banished to these afterlives (up to 256), and decide whether you want only unique characters to end up there or any and all folks you fell. You can also see the list of NPCs you’ve banished to the afterlife, and there are well over a thousand new lines of dialogue featured.

If you’re keen to find out more, head to Nexus Mods here. Or, you can check out our list of the best RPG games on our home platform if you’re in the market for something else to try.