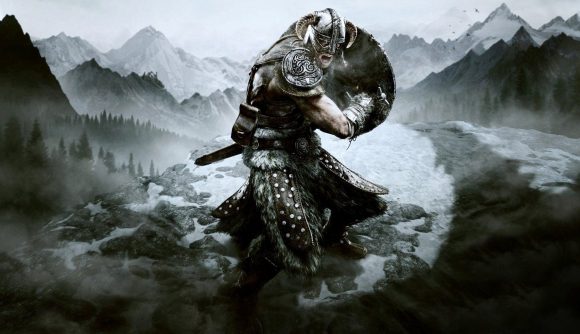 “You’re a hero. Addressing you properly is the least they can do.” That’s the first line in the description of the Pronouns mod for Skyrim, which allows you to pick preferred pronouns for your character independent of any of their other physical characteristics.

With the Pronouns mod enabled, you’ll have the opportunity to choose your character’s pronouns immediately after closing the race menu in the character creation process. If you’ve already got a character running in the RPG game, not to worry – you can use the console command “showracemenu” to bring up the race menu again and pick preferred pronouns, including they/them if you want to use gender-neutral language.

The mod is meant to make playing as a trans or non-binary character more immersive, preventing NPCs in the game from misgendering your character. Its author, Jake Alaimo, says it works by replacing the GetIsSex and SameSex condition functions within Skyrim’s code. When a situation calls for your character’s gender variable, the override you’ve chosen in the menu will be used instead of the default – which means other characters in the game will refer to your character correctly.

There are a few limitations, however, specifically when using they/them pronouns. In certain cases, Alaimo says, quest scripts lack gender-neutral dialogue options, and that can prevent you from completing them. This can be patched, but it’s a potential hurdle you’ll run into while using the mod.

You’ll need to have Skyrim Script Extender installed to use Pronouns. Once that’s set up, head to the Pronouns page on Nexus Mods and follow the installation instructions. There are versions available for both Skyrim Legendary Edition and Skyrim Special Edition.

Then be sure to check out our massive list of the best Skyrim mods on PC to make sure you’ve got every spell, weapon, and armour configuration your heart desires as you venture forth as the Dovahkiin.