The Elder Scrolls V: Skyrim is one of the most beloved and widely played adventures of its kind, thanks in no small part to a vast map that encompasses everything from forested villages to desolate mountain-tops. Yet, perhaps because of its vast scope, certain aspects are not modelled in all the depth that some players might wish.

While Skyrim’s wildlife may at first seem as varied as their biomes, lingering inspection betrays a number of shortcuts. Behaviour and skins are limited to only a few rotating options, with little emphasis put on recreating the creatures as they’d look and act in real life. A number of modders have been working to pick up the slack, creating a whole sub-genre of mods that focus on improving the way animal life looks, behaves and integrates into Skyrim.

“At first it was just going to be “I’ll add one herd here and then I’ll just change the extra horse at the stables”, Kenza ‘Nyphani’ SarJinnora, creator of the More Horses mod, tells me.

“And then I just kept adding more and more to it until it became as big as it is now.” Wanting horses to have some actual diversity beyond the copy-and-pasted skins as standard, as well as herd together and have foals, Nyphani found that the existing modifications available were either lacklustre or hadn’t been ported over to Skyrim Special Edition, the 2016 remaster. 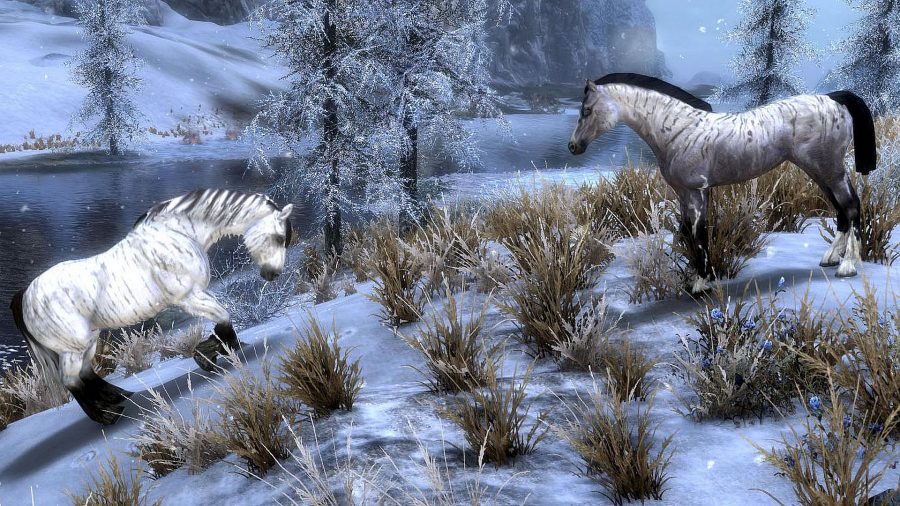 Made using the Skyrim Creation Kit, More Horses adds several new skins so horses now have different breeds, as well as legitimate group dynamics, such as the herd all dutifully following the stallion, running together when scared, and a host of other tweaks – some of which even deepen the overall lore.

The Nexus mods page for More Horses includes clues (and spoilers) for where to find its three spooky unique horses. The ghost is in Falkreath, but you'll have to do a little digging in the lore for the other two.

“After I made the spectral horse, I thought it would be cool to make the ghost horse because I remembered one of the NPCs in the game talking how Falkreath has the largest graveyard,” Nyphani explained. “So I thought that’d be a good place for a ghost horse. After I learned how to make the spectral horse, I just applied it to making the ghost horse.” The spectral and ghost horses, named Nerida and Charon respectively, are joined by the Nightingales’ Veles to form a trio of supernatural equines that hang around their designated areas until players tame them, not unlike the unicorn from The Elder Scrolls: Oblivion.

More Horses is a robust package that includes some superficial contributions from other modders to create a one-stop-shop for anyone looking to bolster Skyrim’s equestrian facilities. Other wildlife mods are more general, seeking to patch holes in wilderness behaviour.

“Skyrim has all these amazing AI features and for some reason Bethesda just ignored all the cool stuff the NPCs could do,” EtaYorius, creator of the Realistic Animals And Predators mod, says. “It annoyed the heck out of me that animals were just there waiting for you doing absolutely nothing, just sitting there until you come around and then attack you.” 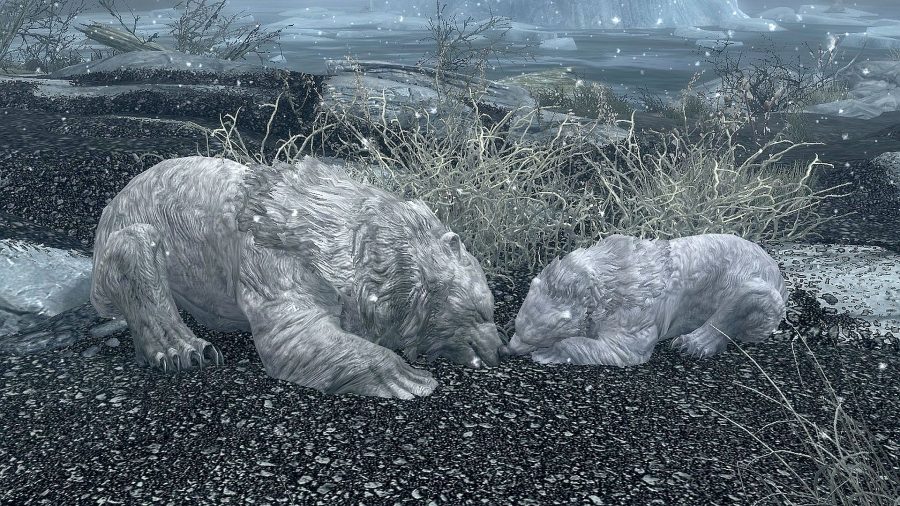 In vanilla Skyrim, most animal behaviour is based on a short list of commands such as ‘attack’ or ‘roam’, or what have you. With Realistic Animals And Predators, wildlife becomes more volatile and unpredictable. EtaYorius’ mod, routinely optimized and improved since release in 2012, gives them more life, adding biological clocks and a semblance of an ecosystem. Animals will mate once a year, roosters will crow at certain hours of the day, and if you find yourself battling against two different species of predator, such as bears and wolves, they will attack each other as well as you.

It annoyed me that animals just sit there waiting until you come around, then attack

Mods have been essential to Skyrim’s longevity on PC, and Bethesda has understood the potential of these communities right from the start. The Creation Kit and accompanying YouTube tutorials have been invaluable tools, inspiring who-knows-how-many new developers by making the process more approachable.

To date, Skyrim has been one of the most toyed-with and built-upon games ever. Some players, like Nyphani, can’t even recall playing an un-modded version – she’s been using EtaYorius’ realistic animals mod more or less since her first session. 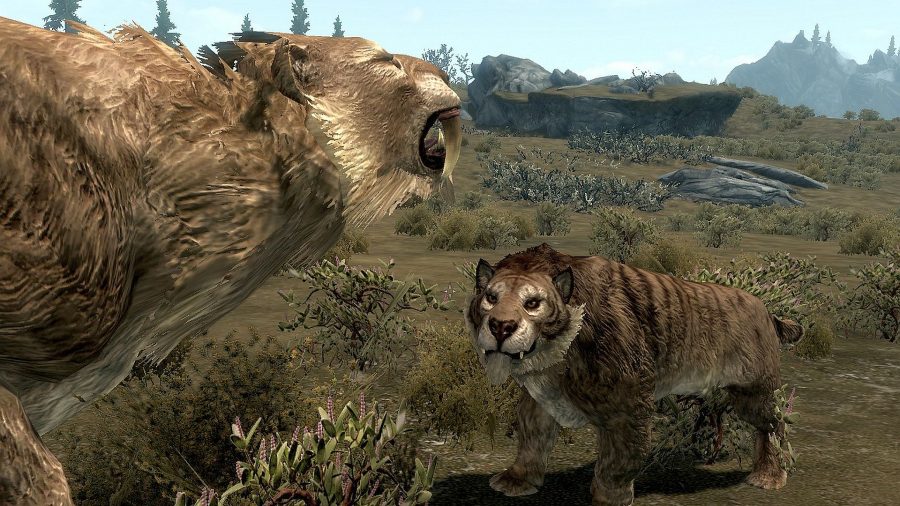 There are those who feel that Bethesda understands the instinct of these tinkerers a little too well, and indeed is counting on them to fill holes in Skyrim that it should never have left. On the other hand, modelling every aspect of life in a medieval-fantasy nation is a significant ambition for any developer, no matter how well-resourced, so perhaps it’s inevitable that some of those holes will occur if we want more essential ones to be filled in.

Whichever side of the line you feel realistic wildlife falls upon is largely up to you, but when wandering through Skyrim’s gorgeous environments is such a big part of its appeal, sharing them with more credible inhabitants certainly adds a lot to its immersion.