Skyrim has a lot of things going for it, even now these eight years after it first came out. But its combat animations have never been particularly inspiring. Plenty of modders have put their skills to use addressing this issue, but this new mod adds some extra pizazz by adding to rather than simply changing vanilla Skyrim’s animation set.

Revenge096’s EAD – Every Attack Different mod replaces the baseline set of melee animations for one- and two-handed weapons, yes. But as the modder explains, there’s room in Skyrim for more variation, which simply isn’t used by default. Each attack has two swings, but within the code, there are variants on each swing based on how you’re moving during the fight. So, for instance, if you’re moving left while attacking, the game knows that’s what’s happening. But in vanilla, Skyrim only uses the same two swings it always does.

EAD adds in new animation variants for each of these directional attacks, making swordplay (or maceplay, or axeplay – wait, I should probably look those terms up on Google to make sure they mean what I think) much more dynamic-looking.

Here’s a video showing off the new moves. This is the two-handed set: 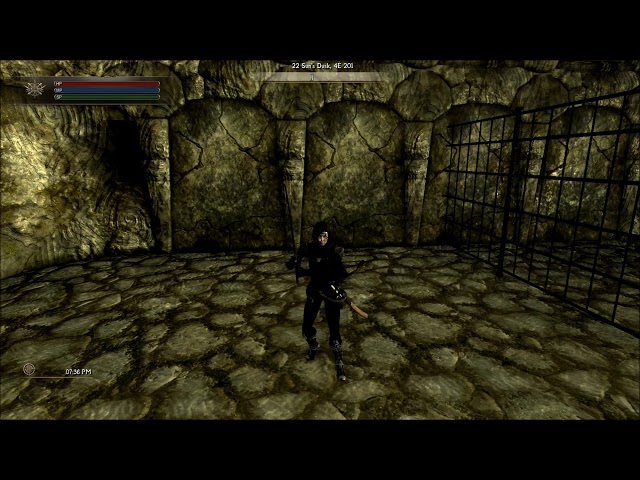 In all, Revenge096 has added 15 new animations to the game, including five new power attacks.

You can download the mod for either the original Skyrim or Skyrim Special Edition, and it’s split in both cases into individual mods for one-handed and two-handed weapons. Revenge096 says the only issues that should arise from using the mod are that it may interfere with any other attack animation mods you have running, and that because of how Skyrim blends animation, it can look a bit weird if you’re pressing two different movement keys simultaneously while attacking.

Other than that, you ought to be fine, so head out into the tundra and show some giants the moves you learned in Sekiro. If you’re curious about more ways to soup up your Skyrim experience, take a look at our list of the 100 best Skyrim mods.