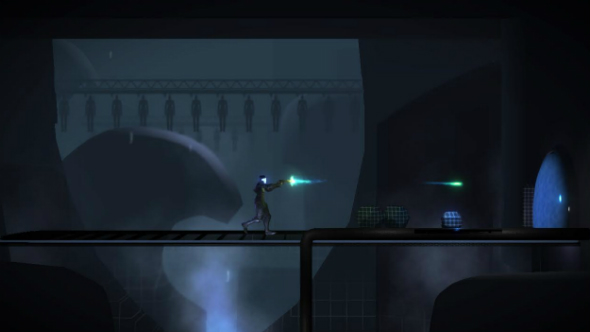 What do you do when your game tanks after launch day? A lifetime of hope and ambition, as well as three years of hard work and love, launched into an apparent abyss. That’s the question that faced The Fall director John Warner when sales of his Metroidvania puzzler The Fall flatlined just a day after release.

“It started horribly, it was a nightmare. It did absolutely nothing,” explains Warner. “I kind of went into denial, we had so much on the line that my brain just shut off for a while. On the morning of the launch, I knew I didn’t have any time to turn it around, so I cried, I got it all out of my system – I got in touch with all those feelings of failure, that I’d let all of the Kickstarter backers down, I’d wasted the last few years of my life, that this was hopeless… and I just purged it.”

In light of the sequel’s announcement it’s clear that Warner was able to turn it around and make a success of The Fall. It took a hefty 50% discount in the 2014 Steam Summer Sale to gain some semblance of traction in the marketplace. People started taking note: positive reviews, word-of-mouth sales and even critical acclaim began to trickle in. Steam then reached out to Over The Moon Games, offering to include The Fall in its Daily Deal sale. In 24 hours it grossed 36 times what it did on launch day. To this day Warner wonders if it was the agonising labour he and his fiancee ploughed into development and marketing in the wake of that initial failure, or sheer luck, that The Fall Part Two: Unbound is now in development and due to release early in 2017.

Unbound has been in the works – on a conceptual level – since Part One launched in May 2014, with pre-production for Unbound coinciding with post-release development work on Part One. That patching and porting kept Warner and his tiny development team in a constant state of duality for two years: thinking through, planning and dreaming of expanding their story but unable to start the foundations for its world until Part One was totally finished.

The Fall Part Two: Unbound picks up where the first game left off, with players taking control of ARID, a female-voiced AI built into the combat suit of a critically injured soldier. After events in Unbound’s intro, ARID finds herself de-housed from the combat suit and projected instead onto an enormous global network. With no body, ARID’s existence comes under direct threat, and so in an effort to survive she starts invading a series of other robots on the network, having to cooperate with their wildly varied personalities in order to preserve herself.

The first game forced players to become immersed in the conscious component of being an AI, giving you the primary objective of keeping the suit’s pilot alive, and robotic principles to live by like not misrepresenting reality and remaining obedient. To gain access to all of the suits functions however, you would need to place the pilot in danger, thereby handing the override control to you, the AI, who can’t place the pilot in danger. Breaking those rules and finding those contradictions was part and parcel of The Fall’s puzzles. “Part One is very much about deconstruction, it’s her realising there are some errors or some contradictions in the simple way she was living her life,” says Warner. “Part Two is about how you start looking at rebuilding your identity when you’ve got – in her case, because she’s an AI – very little left.” 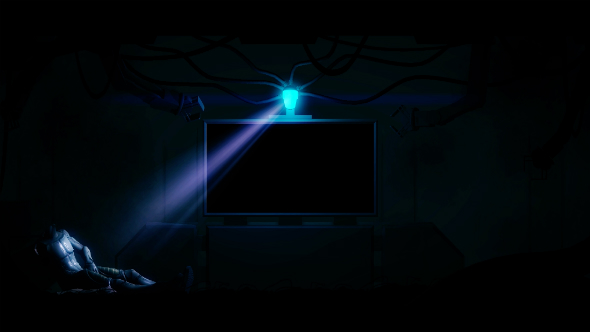 That’s where the robots come in. “I like the idea of opening up ARID’s world and showing contrast. You look from this perspective and you get a completely different slice of life, a weird setting and an unusual conflict. Then over here there’s something different, maybe it supports those ideas, maybe it contrasts them.” During Unbound ARID will take control of a butler, a soldier and even a human-manned ship, each one possessing a different set of protocols and design quirks that have to be adhered to if ARID is to be able to use her new body. It’s situations like these that will make up the bulk of Unbound’s gameplay, but character traits like the soldier’s hand-to-hand fighting prowess will make each section of the game feel unique – a solid gameplay shift to match the conceptual puzzling.

All of this sounds like quite a lot to take in for an AI who has only recently acquired sentience, but the Fall’s second part is all about growth, as messy as that can be. It’s a theme Warner dealt with personally when The Fall looked to be a irreparable failure, something both he and the game overcame. It makes sense that growth is now the focus of ARID’s next adventure. “We want to take her personal journey and treat it properly, give her time to experience a lot of that chaotic aspect of growth and the confusion that comes out of it in order for her to actually learn or get anything through her thick skull… or spacesuit”, explains Warner.

When we meet ARID in Part Two she is still somewhat callous, a hangover from her regimented origins, and that callousness leads her to forcibly use other robots in her quest to save herself. She even calls them resources, refusing to acknowledge her potential kinship, but the player and ARID will have to work within their new body’s boundaries because, as Warner puts it, “without them you’re nothing.”

It’s familiar territory for science fiction, but by placing players so directly into the character’s position, The Fall manages to take a distinct path of its own when exploring the well-trodden concept of a self-aware artificial intelligence. “I’m such an obsessive compulsive and so’s my writer”, admits Warner. “We obsess over every detail. The ideal goal is that if we put something in, it means something, and everything is connected with everything else. 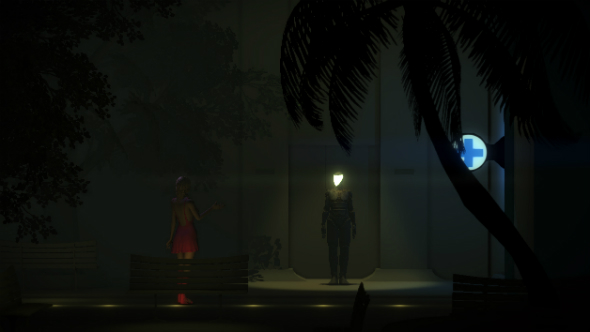 “We get lots of ideas that seem like decent enough ideas, but they don’t necessarily work with the story, or the central conflict at the heart of the puzzle isn’t a perfect fit for the character, so we’ve got to throw it in the garbage and that’s excruciating – it’s really bloody difficult and annoying.”

Certainly, the project has become a lot more complex since Part One launched, with Warner and his team spending the majority of their time polishing, patching and adding to the first experience. But, like ARID, Over the Moon Games are in the process of growth themselves. “This is the dumbest thing I’ve said to anyone. I found an old email in my inbox when we launched Part One, and it was somebody asking about Part Two, and I was like, ‘Oh yeah, we’re working on it, I’m optimistic that the game will be done in eight months’. I look at that now and I literally have no idea what I was thinking”, reflects Warner.

The Fall Part 2: Unbound is due to be released in the first quarter of 2017. The first game is currently onsale on Steam, with a lovely 90% off, so go get it if you’re curious.