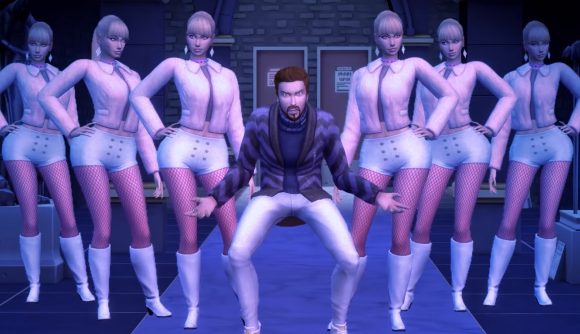 Over the past 20 years The Sims has cemented itself as one of the most iconic videogame series in the world. But even as the franchise closes in on its 20th birthday, it’s surprising just how well The Sims 4 – now nearly six years old in its own right – continues to sell.

In a recent financial update, developer EA revealed that The Sims 4 now has more than 30 million players across all platforms. A more specific breakdown wasn’t given, but it was also noted that “daily, weekly, and monthly active player totals reached record highs for a first quarter”.

The life simulation game is following on some fine form, too. In an earnings call last year (via SeekingAlpha) EA CEO Andrew Wilson revealed that The Sims 4’s player count “has grown every year since we launched”. Thanks to the addition of three new content packs over the course of that financial year (Seasons, Get Famous, and Strangerville, for those of you keeping score at home) Wilson said there was a “35% year-over-year increase in active players and our strongest year of engagement yet for the game”.

Wilson didn’t reveal how many players that increase actually means, but his comments do reveal that there’s been a pretty decent step up when it comes to the number of people booting The Sims 4 up on a monthly basis. We do know that The Sims 4 gained five million new players in 2018, so the 2019 player numbers are likely to be pretty impressive.

Even if you – like me – fell off of The Sims some time before the release of the third game, you might be interested to learn that the series is still very successful and incredibly profitable. EA says that The Sims 4 has now brought in more than $1 billion over its lifetime, and it’s continuing to bring in new players even now, nearly half a decade after launch.