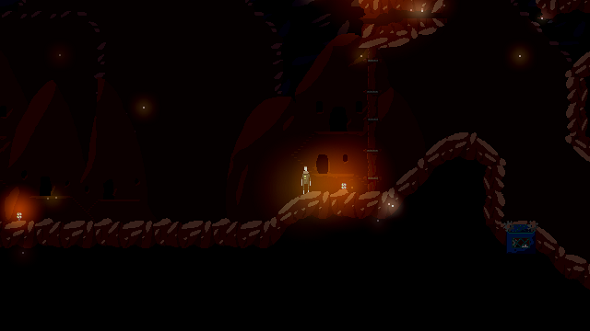 More and more, games are branching out and tackling tougher issues, asking questions where there aren’t always easy answers. The Thin Silence began as one kind of project, but wound up becoming a game that helped an indie developer address his own mental issues.

Here are some of our very favorite indie games on PC.

The Thin Silence is an introspective adventure game about Ezra Westmark, whose recollections include depictions of violence, depression, and self-doubt. As you guide him through these, you’ll find and combine items and solve puzzles using a kind of hacking system. It’s all rendered in a lovely, but haunting and gaunt, pixel art style. Its description says it’s a game about “enduring your worst moment and facing the next one.”

In the launch trailer above, developer Ricky James says that while he was working on The Thin Silence, he dealt with his own mental health struggles by “putting them in the game.” That wasn’t a solution, he cautions, but rather an opportunity to begin talking about those problems and working on solutions from there.

Technical director Ben Follington says he wasn’t initially enthusiastic about making a game that leaned heavily into difficult issues like these, given the shame and embarrassment that’s often associated with mental health. But after working with CheckPoint, an Australian not-for-profit organization dedicated to connecting mental wellness tools to games and technology, Follington says he felt like the team had important perspectives to share with their game.

The Thin Silence is out on Steam now, and TwoPM Studio is donating 10 cents of the sale price of every copy to CheckPoint.