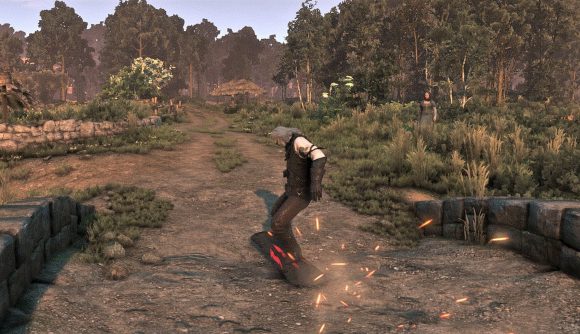 Hailed for its immersive open world, enticing narrative breadth, and refined combat system that placed it among the best RPG games, one criticism of the Witcher 3 has cropped up time and again. Where’s the snowboarding at? In a world as diverse as that of The Continent, you can’t seriously expect one of the planet’s most-loved extreme sport to not get a look in. A new mod finally corrects this grave cultural and artistic oversight.

Geralt VGX Snowboarder, created by modder Feregorn, takes the Witcher’s thrill-seeking to new heights, adding a snowboard for Geralt to shred down the mountainside. More magic than physics-abiding apparatus, the snowboard allows players to zoom down any incline while building up some pretty radical speeds. And you can do so in the style of a medieval alpinist wearing pretty nifty snow goggles.

The snowboard isn’t just a tool for transport. Equip the board as a weapon and it will replace Geralt’s swords, useful for dealing with any pesky bandits that might insult your chic aesthetic. Just ignore the piercing sounds and stabbing animations – it must be a very sharp board.

After installing the mod, you can pick up the snowboard at the added Snowboard Altar overlooking the Kaer Trolde Bay on Skellige, from the herbalist in the same city, or from the merchant Bram in White Orchard. But if you can’t wait to start sliding, plug in the appropriate console commands listed in the mod’s description to magic the board into your inventory. 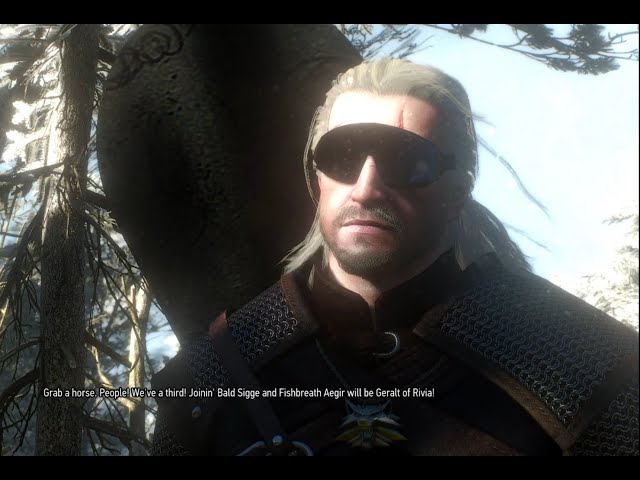 Snowboarding isn’t so out of character for Geralt. One development build of the Witcher 3 featured a snowboarding minigame that riffed on Geralt’s amusing skidding animation, as you can see in the clip above. The dev team kitted Geralt out in stylish ski gear, stuck a snowboard to his feet, and would send him hurtling down the mountaintops. Pity, it didn’t make it into the final game.

If you really want to maximise your snowboarding experience, the mod’s description includes a list of additional alterations that can improve your immersion. The Skellige Winter Weather System mod is recommended to create a more snowboarding-friendly climate, while this Everest mod provides an appropriately radical height to jump down. Remember, though, mod with care.

If snowboarding down the mountains of Skellige doesn’t appeal, check out our list of the best Witcher 3 mods for something that is more to your fancy.