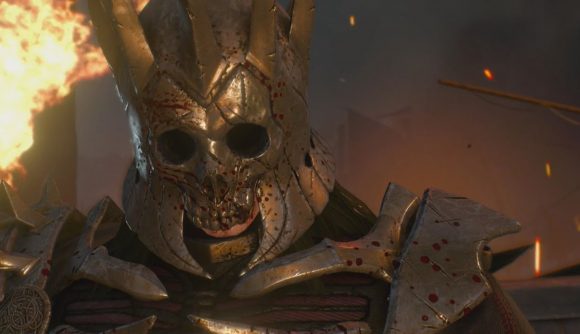 The Wild Hunt appears to be on its way to Netflix’s The Witcher. Set photos of season two show a heavily-armoured group on horseback, and they bear a resemblance to The Witcher 3‘s villains.

Several pictures from the filming of The Witcher’s second season in Devon, UK have been posted, revealing characters that might be familiar to people who played the RPG games. Decked out in black armour, carrying some hefty  weapons, and generally looking like something that’d make even the Nazgúl shiver, all signs point to these being The Witcher 3’s titular Wild Hunt.

Sources have told Redanian Intelligence this is the case, and if so, it makes season two even more enticing. The Wild Hunt appear as central antagonists in The Witcher 3, after their leader shows up in the first, and they get a mention in the second. They’re a cavalry of elves who capture humans as slaves to bring back to Aen Elle, the realm of the Alder Folk, and they’re based on a European myth of the same name that was an omen for fear and catastrophe.

The setup for these shots is considerably smaller than the hundreds strong crew used elsewhere on the show, meaning these are probably not going to play a huge role in the season. Perhaps, like the games, Geralt and Yennefer will hear mention of the Wild Hunt throughout the episodes, before they show up for real, leading into season three.

🎥– More pictures of S2 filming of the Wild Hunt in North Devon pic.twitter.com/M1xpLj3UkO

The Witcher has had a stop-start production over lockdown, most recently pausing in November 2020 due to a COVID-19 outbreak. Several new actors have been added to the cast recently, including Cassie Clare as Philippa Eirhart, and Simon Callow and Liz Feen as Codringher and Fenn, respectively.