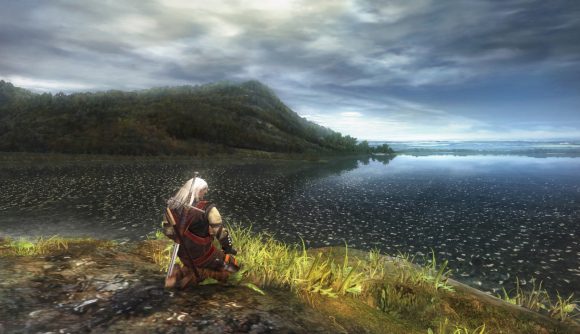 Though we’ve got the new Netflix Witcher show and CD Projekt Red’s The Witcher 3 to enjoy (and hopefully The Witcher 4 release date to look forward to at some point), it seems the modding community for the very first Witcher game is still thriving. Best of all, there’s a new adventure to sink your teeth into, with a mod that adds a murder mystery to the 2007 RPG game’s adventures.

The Masquerade mod for The Witcher by creator Ifrit is “a detective adventure, with many evocative references to the film noir genre”, according to its description. “The main pivot of our adventure is a murder and the resulting task – to uncover the guilty.”

The Masquerade’s action is set in the areas surrounding Vizima, Temeria’s capital city. While it hasn’t made an appearance in the Netflix show yet, it’s the primary setting of The Witcher game, set beside the gorgeous lake of the same name. This time in the area you’ll “come across a caravan from Vengerberg – full of suspicious merchants, hearty dwarves, and a doppler, who in the locals’ opinion is nothing but a pain in the-“. Well, you get the idea.

The mod features a “detective main quest filled with riddles, suspicion, and proof”, explains the creator, as well as some meaty side quests, and a “unique ambience in the outskirts, evoked by the doppler’s presence”.

While it’s worth noting the mod is only available as a Polish language version at the time of writing, the creator assures readers there’s an international version on the way soon, which hopefully means we’ll be able to jump into the adventure with English language before too long.

If you’re keen to grab a new adventure for Geralt to embark on, you can find The Masquerade mod at ModDB here. If you’re a fan of CDPR’s more recent title, you can also check out our list of the best Witcher 3 mods out there. As ever, mod at your own risk!