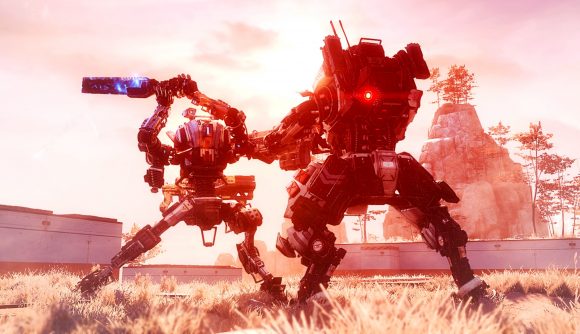 Tongues were sent wagging last night when several members of the Titanfall 2 community reported that they believed the game was significantly compromised on PC. It looks like the chatter followed a post on Discord that encouraged players to uninstall the game as there were reports of a bug that could allow local code execution from its servers, meaning your PC could be vulnerable to exploits if the rumours were true.

These player reports prompted developer Respawn to look into the matter. While the engineering team has found a “simple exploit that can be used to crash games”, the developer does not believe “there are any more serious risks to affected players or their machines”. Director of communications Ryan K. Rigney has also essentially confirmed the rumours aren’t correct. The team is looking into it further, and we’ll update this story if any more information emerges.

The rumour was swift to gain momentum as both Titanfall games have dealt with with server issues and denial of service attacks over the past few years. Respawn’s big battle royale game Apex Legends also came under attack in July by hackers trying to “save Titanfall”, with players constantly getting messages in-game redirecting them to a website that raises the issue.

Respawn spoke about Titanfall earlier this year, explaining to fans that it isn’t abandoned though it only has “one or two people” working on it.

An Update: We’re still investigating this issue but our engineers believe that we’re dealing with a simple exploit that can be used to crash games.

We do not believe there are any more serious risks to affected players or their machines.

We’ve reached out to EA for comment and will update this story if we hear anything back.