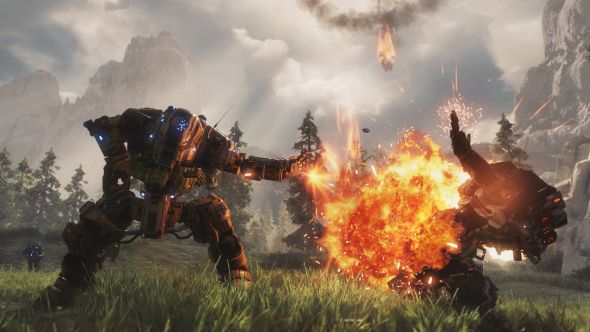 Titanfall, it’s widely agreed upon, fell too soon. It was beloved by almost all that played it, but thanks to map packs that split the playerbase (and perhaps the fact that it wasn’t CS:GO) the game was home to just a dedicated handful within several months. That’s not what it deserved.

The original Titanfall never made it onto our best multiplayer games list. We’ve big hopes for the sequel, though.

Thankfully Respawn Entertainment are giving it another go with Titanfall 2, which will be released on October 28. Here’s everything we know so far.

Looking for a quick rundown of everything? Here’s our summary:

As confirmed in the big leak just priot to EA’s big E3 2016 conference, the Titanfall 2 release date is October 28. Here’s a shot from the end of the E3 trailer confirming as much: 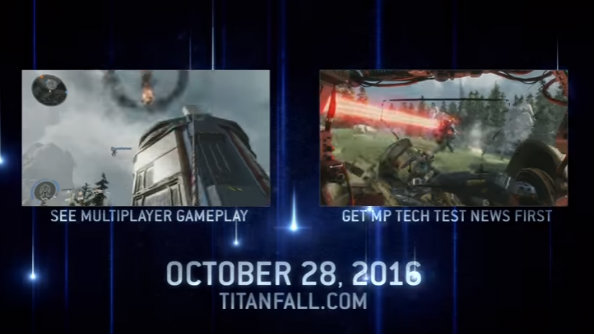 We’ve had some pretty shaky multiplayer FPS launches lately – not least from EA’s corner – but we’re hopeful Titanfall 2’s opening hours will be nice and stable. Apparently Respawn have access to more cloud servers this time around, thanks to the greater infrastructure around a multi-platform release.

One word of warning, though: if you buy Titanfall 2’s boxed edition, be aware you’re getting download codes – not discs.

Respawn intend that everyone who meets Titanfall 2’s basic specswill be able to play at 1600×900 with most details turned on and average around 60fps. The ultra specs, of course, are a different matter.

The single-player looks to draw on Respawn’s rich Call of Duty history, with what seems like a buddy movie about a dude and a robot. Awww.

That theme continues in this cinematic, which speaks of the “bond between a pilot and a titan”.

Developers Respawn shed a bit more light on their vision for single-player in this trailer. There are boss battles!

Multiplayer seems very much business as ususal, but with some notable new toys that look to make the experience that much more exciting. And that means very exciting, considering it already had big stompy robots.

Here’s a flashy look at the distinctions between titan classes.

Titanfall 2 will have an offline single-player campaign that seems to be all about the relationship between a man and his mech. The titan is basically your dog, you see, so expect it to die at the end. Yes, robots can die. Shut up.

The man is named Jack Cooper, and he’s a rifleman with a dream to become a mech pilot. The titan’s name is BT. Jack finds him damaged and partially disabled, but soon enough they’re chatting away over comms.

It seems BT will be programmed to help you out when you’re on-foot – even more so than their limited patrol mode from the last game. This time your titan will launch you across chasms, catch you when you’re falling and basically be an absolute bro.

All the while you’ll be exploiting wall running and a cloaking device to get the drop on foes in semi-open landscapes, reported to be reminiscent of Crysis. Less expected are the dialogue options which spice up your conversations. Conversations, just to clarify once more, with a robot. Hey, space can be lonely.

In a move that will bring relief to every Titanfall veteran, DLC maps and modes for the sequel will be free for every player. “We’ll definitely be supporting Titanfall 2 post-launch, and I can confirm all maps and modes we deliver post-launch will be free,” said Respawn’s head of development David Wightman to GamesRadar.This should help prevent a huge split in the playerbase, as caused by the original game’s season pass.

Anything that doesn’t resemble a map or a mode, of course, you can expect to pay for.

Melee combat looks to be expanded in the new game, which is expected after that first teaser showed off an electrically-charged sword. We’ve seen grappling, punch combos and even a robo rugby tackle. Whether this will be an actual combat system or reserved for flashy finishers remains to be seen, but the inclusion of a sword suggests some kind of melee system.

Titanfall 2 will feature six new titans, each with different combat abilities and with deeper customisation options. The first game featured three titans: Atlas, Ogre and Stryder. One favoured mobility, one preferred power and the other sat in a middle ground. It looks like we’ll be getting more than just a choice between speed and power this time around.

That sword you were so excited about? Here's who wields it. Meet Ronin. #Titanfall2 #MixArcadehttps://t.co/jZdq6HppYv

The first revealed new Titan chassis is the Ronin, which is a fast and nible ninja-like mech with the ability to hack apart enemies with an electric sword. Swish!

Joining it is Scorch and Ion. Scorch appears to be based on the old Ogre chassis, and comes equipped with the T-203 Thermite Launcher for fire-heavy damage. Ion appears similar to the Atlas chassis, and uses a rapid-fire energy weapon for quick-shot encounters.

Beyond those three we’ve got Legion, a chunky chain gun specialist, best used uncomfortably close if the footage so far is anything to go by; Northstar, who is about as snipey as titans get; and Tone, who fires rockets in clusters like big, yellow bees. Bees that explode on impact.

Unfortunately Titanfall 2 won’t be coming to Origin Access, so unless you had a crack at the beta, you won’t be getting another chance to try it out pre-release. Now it’s just the wait til October 28.

What would you like to see in Titanfall 2? Offer up your own wishlist in the comments.