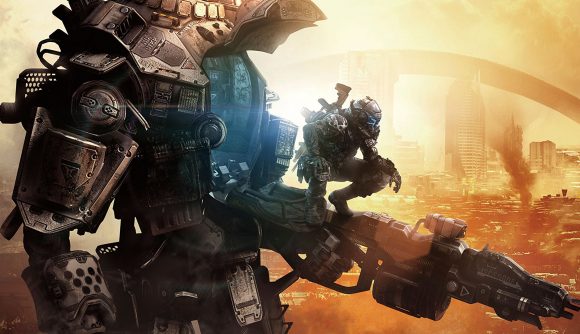 Titanfall, Respawn’s brilliant multiplayer game about jumping into giant fighting robots, will no longer be available for sale after today. The studio says it’s decided to delist Titanfall, and that it’ll be disappearing from subscription services on March 1 2022. Fortunately, everyone who already owns the game will still be able to play.

“Titanfall is part of our DNA at Respawn,” the studio says in an ominous text-image posted to Twitter today, December 1. “It’s a game that showcased the ambitions of the studio when it was first released more than seven years ago and it continues to be a beacon of innovation that we strive for in all our games.”

While Respawn won’t be selling any new copies of Titanfall from now on, players who own the game will continue to be able to play, the studio says. “We will, however, be keeping servers live for the dedicated fanbase still playing and those who own the game and are looking to drop into a match.”

Respawn once again cryptically hints that the Titanfall ‘universe’ will persist, both in Titanfall 2 and Apex Legends, as well as “in the future,” and says it’s “a north star for the caliber of experiences we will continue to create here at Respawn.” So far, however, there’s no sign of any movement on Titanfall 3.

A note about Titanfall. pic.twitter.com/Ew232HkUIo

You can read our original Titanfall review to see what we thought of it back when it launched.