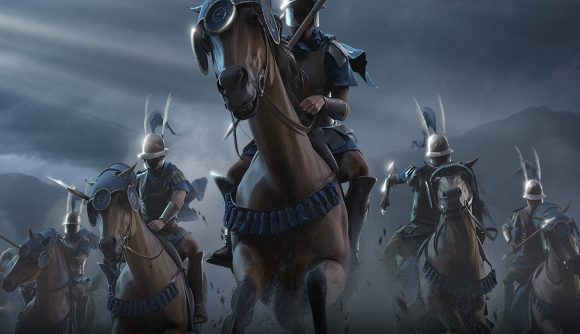 Citing disappointing results during its beta, Creative Assembly announced today that Total War: Arena will shut down in February.

“Arena has been on a long journey, and we are thankful to everyone who joined us,” wrote Joshua Williams, head of Creative Assembly’s developer communications. “It has been an absolute privilege to work with you all on this project, but unfortunately the results of Arena Open Beta Test did not meet all our expectations.”

Arena has been in the works for several years, with an on-again, off-again development period before launching into Open Beta in February this year. When it did, it surprised us with how solid an experience it was, even without the usual Total War strategic layer. The 10v10 battles gave each player control of three formations, which could be drawn from Greek, Roman, Carthaginian, or barbarian factions.

But it seems it wasn’t enough to keep the lights on for Arena. The development team that worked on the game will continue working on Total War, and Williams writes that the lessons they learned from Arena will help shape other games in the series.

For Arena players, Creative Assembly is offering a parting gift: your choice of one of four pieces of Total War software. You can pick from Total War: Medieval II – Definitive Edition, the Hannibal at the Gates DLC for Rome II, the Age of Charlemagne DLC for Attila, or the Grim and the Grave DLC for the first Total Warhammer. To claim this offer, follow the link in the in-game news feed in Total War: Arena.

Additionally, Arena partner Wargaming is offering players who played at least 100 battles 30 free days of premium account time in World of Tanks, World of Warships, and World of Warplanes.

Players who spent money in Arena’s premium shop, or who purchased a Starter Pack prior to the closed beta, will get an equal value of time and/or currency to use in Wargaming’s “World of…” titles as well. Any purchases made between August 22 and today will be refunded for in-game currency in World of Tanks, World of Warplanes, or World of Warships as well.

You can find all the details at the FAQ at the bottom of the announcement post.

“I look forward to all of you sharing your memories of the epic battles we’ve had together over the last few years,” Williams concluded. “Thank you for everything.”