What little history there is behind Nanman chieftain Meng Huo suggests he had a rough go of it.

He appears in the Romance of the Three Kingdoms novel, in which he’s notable for being captured and released by Zhuge Liang seven times during the Nanman’s rebellion against the Han before finally admitting defeat. Total War: Three Kingdoms’ new The Furious Wild expansion tells this story, and while it expands Three Kingdoms’ already impressive map, it begins as a much more constrained experience.

The Furious Wild starts you off in the southwestern jungles of Three Kingdoms’ feudal China, taking the role of one of four tribal leaders. The Nanman people are affiliated only by shared culture, and the tribes live in a state of uneasy peace as the events of Three Kingdoms are getting underway. They can either unite and survive, or be crushed by the sweep of the Han empire as it consolidates its power and inevitably pushes at old borders.

The four tribal leaders – Meng Huo, Lady Zhurong, King Shamoke, and King Mulu – each require different approaches to the same problem, which is to either cajole or browbeat 18 other independent tribes into joining your cause before the Han work out their problems with the Yellow Turban rebellion and come looking for the jungle’s valuable resources. 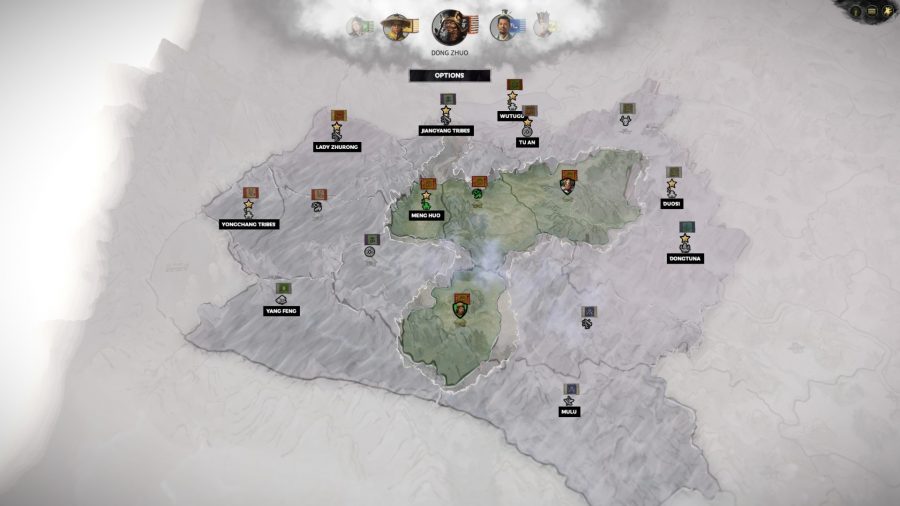 Once united, the Nanman can march east and involve themselves in the struggle for empire that is Three Kingdoms’ core campaign. As developer Creative Assembly explains in our Furious Wild interview, your ultimate goal is to found a Nanman kingdom and force the Han to recognise its legitimacy, which requires you to take a chunk of land and hold it against their attempts to reclaim it. You can start in either 190 or 194 – the four key leaders have consolidated more territory in the later date, which shortens the first stage of their campaigns.

The Furious Wild, then, is a kind of Matryoshka campaign-within-a-campaign, and while it introduces an inventive new roster of entertaining units (we’ll get to that in a moment), it also serves as a lovely introduction to some of Total War’s less warlike mechanics. Winning the tribal unification stage means spending as much time striking treaties and nurturing friendships as it does banging down the doors of your competitors’ settlements. If you’ve been neglecting the diplomacy screen in favour of building doomstacks, this expansion is a worthwhile tonic.

When battle does break out, however, you’re in for some fun. The Nanman have 25 new units to field, including Meng Huo’s elephants and Lady Zhurong’s tamed tigers. These have some delightful tricks: elephants carry drummers who can give various buffs to nearby fighters according to your choice of beat, while the tigers can be unleashed to do tiger things as their handlers follow separate orders. Other new units have poison darts and spears, and receive movement bonuses when traversing the jungle. It’s a very different core roster that goes a long way to answer the community’s call for greater unit diversity. 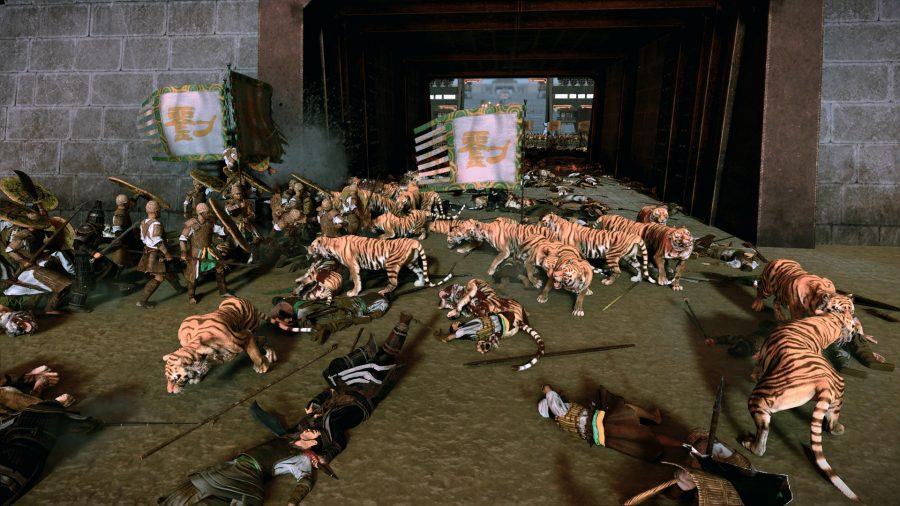 The titular ‘Furious Wild’ is the dark, mysterious jungle nestled among the giant stone stalagmites of Yunnan, and it’s rich in minerals, spices, and tea. The Nanman have their own system of reforms, and at various points you’ll have to choose between adhering to tribal customs and modernising in order to work with the Han.

These are consequential decisions, because the Nanman’s tighter prelude campaign is essentially a faction designer, and whatever emerges from the jungle will be a tribe that reflects the priorities you’ve chosen leading up to that moment. War with the Han may seem inevitable, but as the quasi-historical Meng Huo learned seven times, it may not be the best path to follow – and there’s more to learn in the tribal regions than combat.

The Furious Wild calls to mind the better and bigger expansions Creative Assembly has built for Total War: Warhammer and Warhammer 2 – I’m reminded particularly of Realm of the Wood Elves, with its new faction mechanics and units, and the scale of Warhammer 2’s two race packs, each of which included four Legendary Lords. Furious Wild feels more generous still, and its mini-campaign slots into and fills out the story of the Three Kingdoms in a way that feels organic and worth playing multiple times. The new unit roster feels fresh in the way the Warhammer games’ expansions have, with real creativity on display with the healthy new roster. 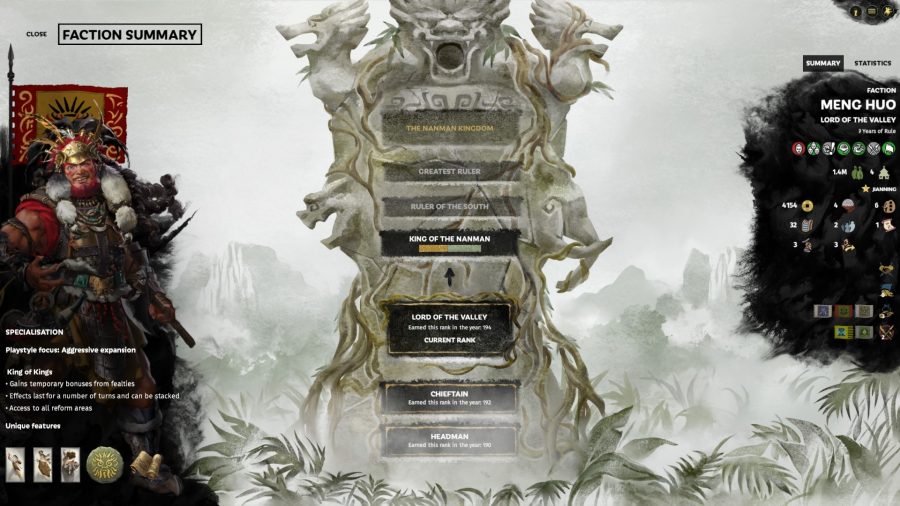 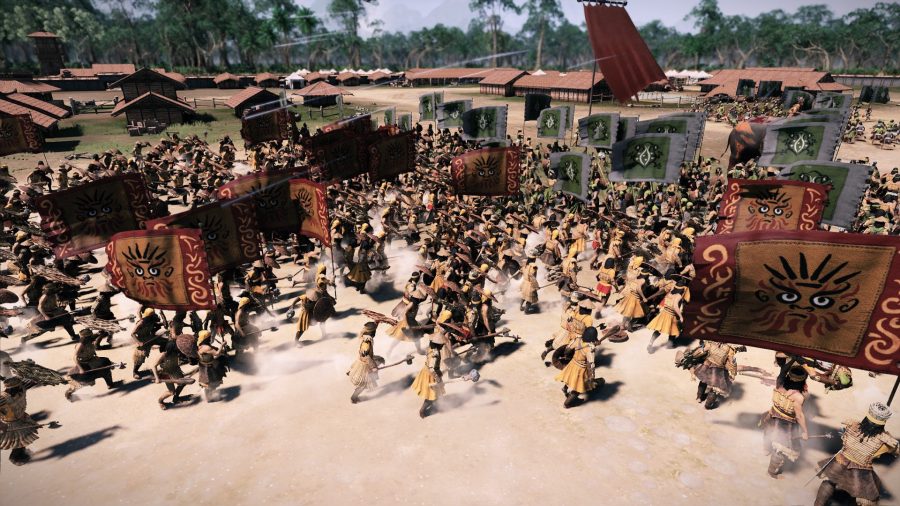 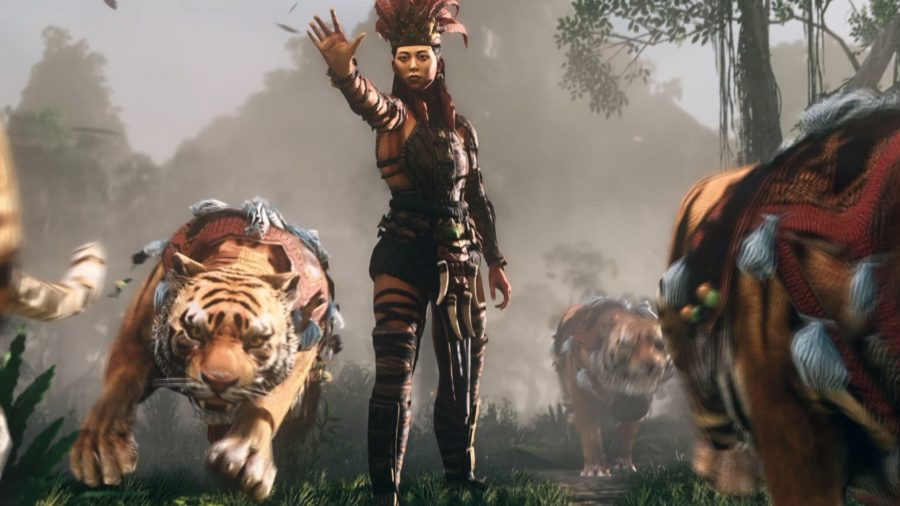 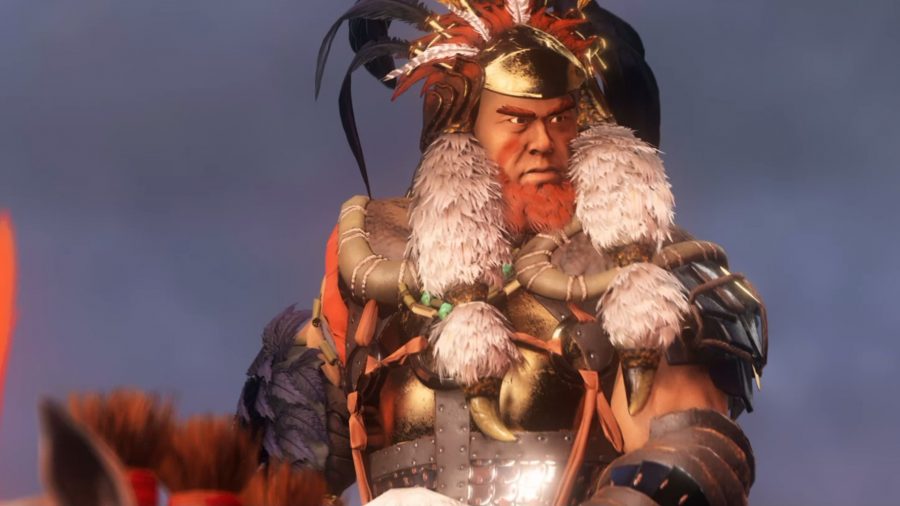 If your interest in palace intrigue has waned and you’ve been pining for something to spice Three Kingdoms up again, Furious Wild is easy to recommend.

A creative expansion that adds enjoyable new mechanics and units, plus a unique two-stage campaign, without feeling disjointed from the core game.