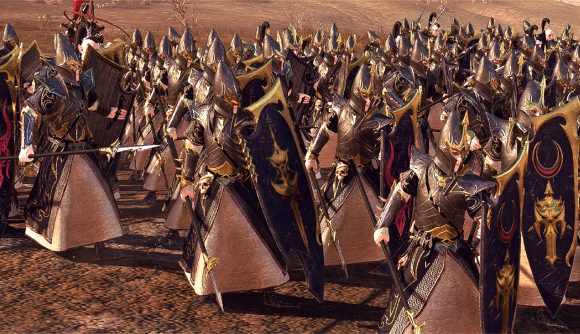 Last week saw the release of a new Dark Elf legendary lord, as well as a free update for Total War: Warhammer II that gave the Dark Elves some love. Rakarth joined the faction’s roster as a bad-ass beastmaster, but there’s plenty more to the Druchii and the Total Warhammer 2 mod community has stepped in to offer something extra.

Looking at Rakarth himself, there are already some minor mods to tweak a few things. Maybe you want that helmet he had from earlier versions of Warhammer Fantasy lore? Or maybe you want a slightly different colour for his units? There are mods for that.

Or maybe you want to look at the Dark Elf faction as a whole, bringing further improvements and making them feel a bit more unique vs their high and mighty cousins? The ‘Dark Phoenix – Druchii Immersion Mod’ is a great place to start. It focuses on Malekith and the Dark Elves in the Mortal Empires campaign and is steeped in Warhammer lore. The mod introduces new quest objectives around leading Malekith on his journey to become the Phoenix King by introducing 40 new quest techs.

Lokhir Fellheart is another Dark Elf lord who got some love in the recent patch, but one Warhammer 2 modder wants to go one step further. Fellheart is apparently remembered best as a duellist, and not a dragon rider, so this mod removes his Dragon mount and gives him a duelling ability instead. 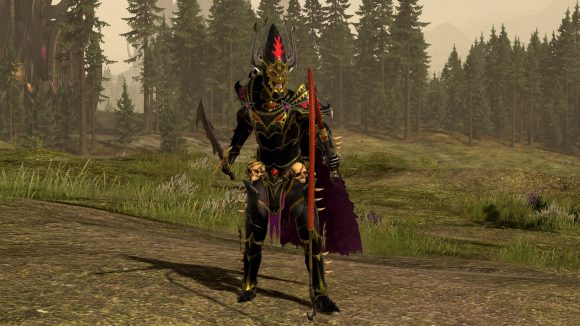 Last but not least, this WIP graphical mod wants to offer more visual variations to the Dark Elves’ core units, such as new shield patterns, heads, and so on. There’s not much there right now, but this is one to keep an eye on. There have been other Druchii mods appearing on the Steam workshop this past week, such as this one that gives the Sorceress hero unit some new models, so there should be something for everyone.