So you want to know about Total War: Warhammer 3 Immortal Empires? Creative Assembly confirmed that it’s working on a new, big map combining all three strategy games via the official Warhammer III FAQ. The studio states that, “We will release a massive combined map that will be a huge free DLC for owners of all three games, and we’ll have more detail later.”

We also now have more details on when Warhammer 3 Immortal Empires is coming. On a recent developer blog, Creative Assembly outlined its update roadmap for the rest of 2022 and beyond. While it won’t be releasing as quickly as Warhammer II’s Mortal Empires map did, it should be here by September 2022. We also got a little bit more detail when we interviewed game director Ian Roxburgh ahead of the Warhammer 3 release date.

We’ve put together a quick guide collecting all of the known and rumoured information surrounding the upcoming Warhammer 3 Immortal Empires combined map, and we’ll keep it updated as more information comes to light.

The Total War: Warhammer III Immortal Empires combined map will release during Q3 2022, which runs July – September. It will initially launch in beta alongside the Warhammer game’s 2.0 update.

Please note that in order to be given access to the big combined map – which will be released as a free Warhammer 3 DLC – you will need to own all three Total War: Warhammer games on the same storefront. So either on Steam or the Epic Games Store. 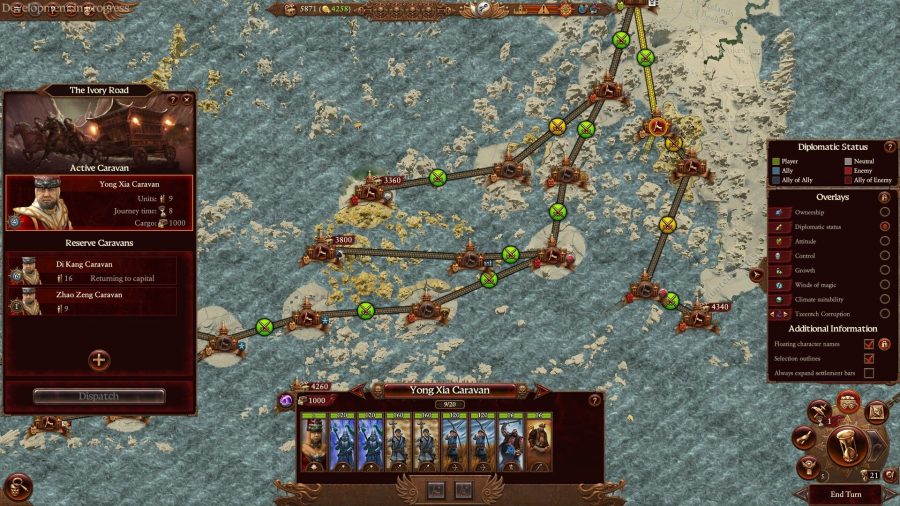 On February 17, 2022 someone posted on the Total War subreddit what is reported to be a list of provinces and regions pulled from the Warhammer III game files.

A Creative Assembly spokesperson has addressed the rumour, stating that the list relates to “a very old prototype”. They confirmed that the Warhammer 3 Mortal Empires map would be big, but that nothing else has been confirmed at this time. The list totals some 192 provinces across 508 regions, and someone has created a visual mock-up of what the map could look like based on the list’s contents:

That’s everything we know about the Warhammer 3 Immortal Empires combined map. If you’re still having FPS issues, there’s a fix available that you should try. Want to know how to unlock Boris Ursus? We’ve got you.