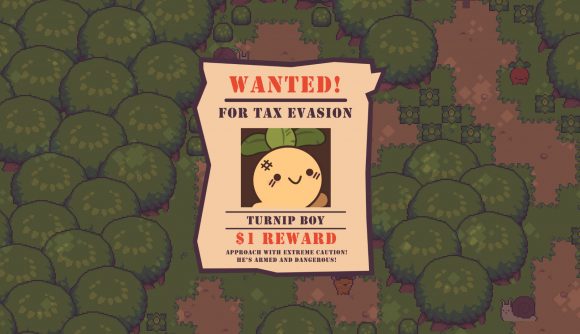 Sometimes a videogame tells you exactly what you need to know, and Turnip Boy Commits Tax Evasion is a perfect example of this. You are Turnip Boy, a wanton menace to garden society, and you’ve just been evicted from your home. Time to rip stuff up.

Actually, we’ll have to wait a little while before the ripping up of stuff gets moving: Turnip Boy Commits Tax Evasion doesn’t come out until next year. But the announcement trailer is out today, and there’s a shiny new Steam page to pore over in the meantime.

Turnip Boy Commits Tax Evasion has a kind of Link to the Past top-down presentation, but the setting is a far more prosaic garden, where you’ll find and eventually grow the tools you need to get back at Mayor Onion – possibly by completely dismantling the entire tax system. There are swords made of roots, angry Pig Kings to fight, and books full of tax code to shred into useless ribbons. In the trailer below, you can watch as Turnip Boy finds himself a watering can, and then grows a plant sword and a boombloom (a plant bomb!), which can be used to blow holes in walls, Zelda style.

It’s adorable, rural, and somehow slightly punk rock at the same time. Have a look. 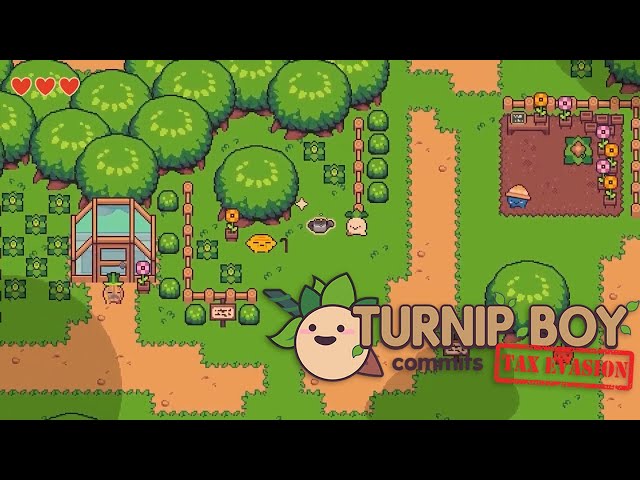 Turnip Boy Commits Tax Evasion is being developed by Yukon Wainczak and published by Graffiti Games. They say Turnip Boy will be out “when it’s done”, and according to the trailer that’s going to probably be sometime in 2021.

We just hope it’ll be out before the filing deadline. In the meantime, tear through our list of the best indie games on PC in 2020.