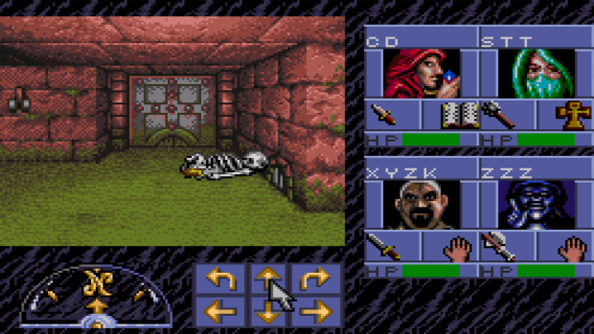 The U.S. Copyright Office is considering whether to loosen restrictions on public use of abandoned online games, and the ESA, America’s trade association for the videogames industry, has argued against granting an exception.

If you’re interested in the classics, here’s our list of the best old games still playable on PC.

As Torrent Freak reports, the issue has to do with the Digital Millennium Copyright Act (DMCA), a 1996 law which is meant to prevent piracy and intellectual theft across digital formats. In the past, the Copyright Office has written in exceptions for the preservation of so-called abandonware, including games that no longer are sold or supported by a publisher or license-holder.

ESA say they don’t have an issue with that, however – what they’re arguing against is this exception being applied to abandoned online games, which they say would require the the publication of proprietary server code in order to work.

Late last year, the Museum of Art and Digital Entertainment in Oakland, California, wrote the Copyright Office to request this exemption, arguing that games increasingly rely on always-online connections and in many cases no longer are playable just using local area networks. The exception, if granted, would mean that museums like MADE could operate their own servers for abandoned games, replacing the official ones that have been shut down. It could potentially resurrect countless abandoned games – not just MMOs, but also single-player titles that required server connectivity.

But the ESA argue that this constitutes a commercial use, since MADE (a non-profit) charges an entry fee. It would also mean making server code available to “affiliates” of the archives and museums, which would include members of the public. And of course, making abandoned games available again would mean direct competition for current or future product lines.

You can read a .pdf copy of ESA’s full comment to the Copyright Office here at Torrent Freak.