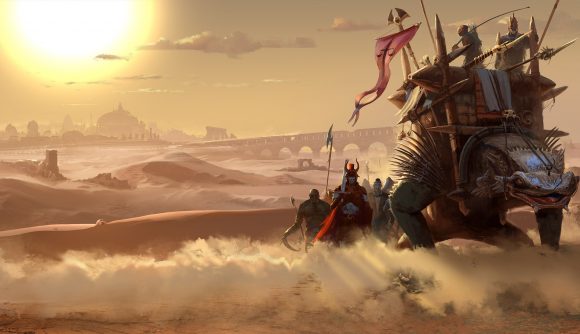 Vagrus: The Riven Realms has left Steam’s Early Access programme, and the official launch has added a huge amount of content to the dark strategy RPG game. Early Access players have been tinkering with Vagrus since 2018, its development story begins much earlier, in tabletop RPG sessions played by a small group of friends 30 years ago.

Version 1.0 of Vagrus launched this week, already having pulled in ‘very positive’ reviews on Steam during Early Access. That’s despite it being a complex, text-heavy, and brutal RPG that leans heavily into the pen-and-paper roleplaying systems its creators have always loved and played together.

In Vagrus, you play as the commander of a traveling caravan, and it’s your job to manage your company and keep everyone alive as you travel across the post-apocalyptic wasteland of the Riven Realms. The world is big and open, and much of the game’s joy is found in exploring new locations and discovering the stories and people hidden there. You’ll also find all kinds of twisted monsters and undead, who you’ll have to fight in turn-based battles that require careful attention to characters’ abilities and positioning.

You’ll also need to keep a watchful eye on your resources, making sure you have enough supplies to keep everyone fed and healthy during long, dangerous treks across the sands. Here’s the trailer: 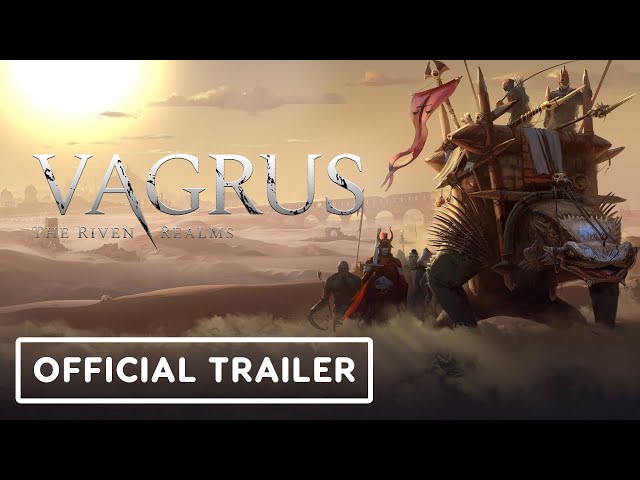 It’s a dark and fascinating world, ruled by malevolent elder gods whose power led to the utter devastation of the land. You’ll meet all kinds of weird characters, some of whom can be recruited as companions for your treacherous journeys. It’s a unique setting, one the developers created for their own tabletop RPG sessions decades ago, and that they have continued to develop and explore themselves over that time.

There are elements of The Banner Saga, Darkest Dungeon, and plenty more in Vagrus: The Riven Realms, and the developers warn that “the game is VERY HARD.” Fortunately, there’s a free demo available on Steam so you can play through the prologue and get a taste of what’s to come before jumping in with both feet.