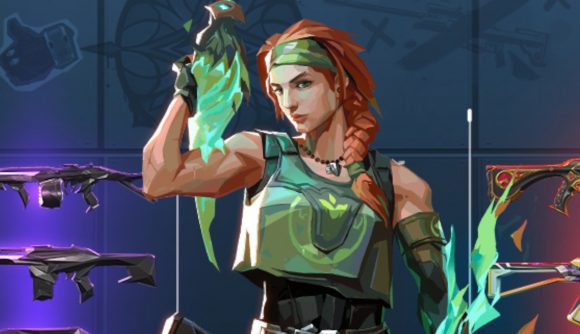 Can you believe Valorant launched a whole year ago today? Developer Riot Games has now announced on the FPS game’s very first birthday that the shooter has reached a whopping average monthly player count into the millions on our home platform, and now it’s coming to another – mobile.

To celebrate the multiplayer game’s one-year milestone, Riot has shared the news that it’s preparing to expand the game’s universe with Valorant Mobile, though further details on it beyond its existence haven’t been announced just yet. So, it’s not known when it’ll launch, or whether it’ll see many – or any – changes from the main version in a similar vein to the mobile version of Riot’s flagship MOBA, League of Legends: Wild Rift. However, for those keen to dash, dive, and blast their way around the game while on the move, it should be exciting news.

As for Valorant’s PC player count, the studio reveals that more than 14 million players dive into the game on PC each month on average, and it also announces that half a billion games have been played in its first year post-launch. Phwoar.

To mark the game’s first anniversary, Riot has announced it’s going to be hosting a month-long celebration for players and fans, which means a bunch of in-game goodies and initiatives. Throughout June, fans will receive “commemorative digital swag, including a redeemable player card and a free event pass”, as the studio reveals in a press release.

There’s also the Valorant Champions Tour coming up, which you can check all the details on at the Valorant esports site here. If you’re looking for some tips ahead of your next game, check out our Valorant characters guide and Valorant tier list at those links.