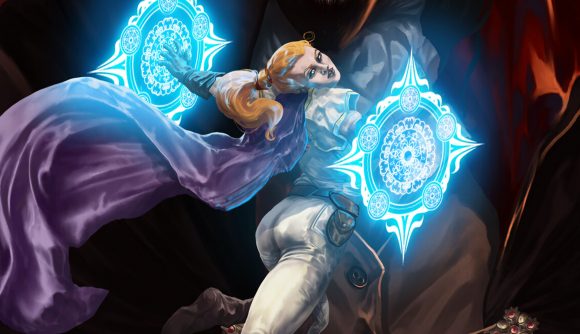 The Vampire Survivors 0.5 update is coming this week, developer Poncle confirms – in fact, it should drop in the next two days. This is a big patch for the vampire game since it adds Arcanas, the “new major game mechanic” the team has teased for a while.

Due to the popularity of Vampire Survivors on Steam Early Access, Poncle previously revealed that the planned roadmap for the roguelike game has expanded significantly. While the final 1.0 release is still a while off, Vampire Survivors is officially hitting the halfway point this week – patch 0.5.0 will drop either tomorrow or Wednesday, April 12-13, as Poncle revealed on its Discord server.

The biggest part of Vampire Survivors 0.5 is the addition of the big new gameplay mechanic called Arcanas, which – going by the roadmap – is a new relic based around some sort of card system. Additionally, there will be a brand weapon, ten new achievements to unlock, and a number of quality-of-life fixes.

Here are all the features coming in Vampire Survivors update 0.5 on April 12 or 13:

And here are all the little tweaks detailed so far:

Here's an updated #Roadmap for the current version – 0.4.2 🦇
Who's excited for the next patch…
NEW ACHIEVEMENTS & A NEW RELIC?! 😮 🥳#VampireSurvivors #VSupdate #patch #NewAchievements pic.twitter.com/nO3pWAVCtt

To unlock all secret characters in Vampire Survivors, head to that link.