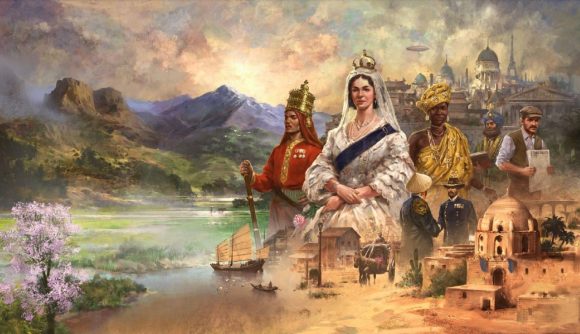 One of the design pillars of upcoming grand strategy game Victoria 3 is for diplomacy to be just as powerful a tool as warfare is – the latter is, after all, the continuation of the former by other means, as Carl von Clausewitz is often quoted as saying. Victoria 3’s diplomacy system is almost a game in itself, giving you plenty of options for winning an exchange with another nation without ever having to fire a shot.

The latest Victoria 3 dev diary goes deep into ‘diplomatic plays.’ These are the opening moves for any conflict in Victoria 3, so you’ll inevitably go through the process prior to any war. Diplomatic plays begin with opening moves that correspond to the war goals you may be familiar with from other Paradox games: you’ll make a play to annex another nation as subject, or to demand that it cede territory to you, or to abolish slavery.

Once you’ve picked out your play, the target will be notified, along with any nations that have a strong interest in the region and are considered ‘potential participants’ in any resulting conflict. Overlords and allies, for example, are going to take interest in what happens during negotiations.

After the opening move, the active participants are assigned a number of manoeuvres, which are effectively ‘action points’ to use during the negotiation. As the diary explains, these can be used to call on allies, counter an opponent’s demands with your own, or to attempt to sway other nations to your side. 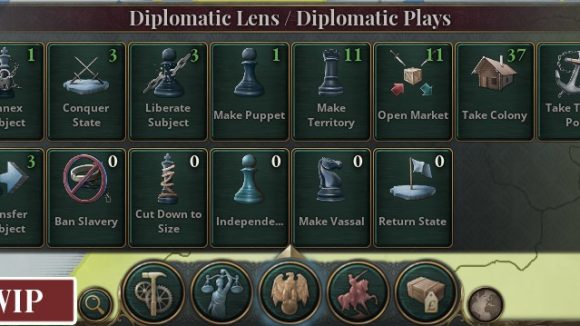 It makes for an interesting bluffing game, since both sides will want to hold as many manoeuvres as possible until the final round of negotiations, hoping to be able to respond to any plays their opponent makes. Loading up on demands or making demands that are ridiculous can cost you support, and nations who had initially been friendly to your cause might abandon you and side with your enemy.

If no resolution is reached during this phase, the countdown to war phase will begin – as Paradox points out, this part is fairly self explanatory. No further negotiations are possible, and both sides in the negotiation have to either proceed to open hostilities or opt to back down, which will concede their opponent’s main demand to them if the prospects of war aren’t favourable.

Joe Robinson had a look at this system in person earlier this year, but the diary goes into some new detail on diplomatic plays, and it sounds as though it’s going to be a complex dance of interests that’s ripe both for strategic manoeuvering as well as role-playing.

Paradox says it will start sharing details about war itself starting with next week’s diary, so we’ll be keen to see how that’s going to play out in Victoria 3.