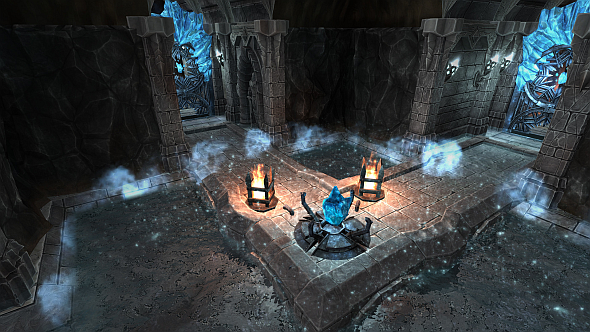 War for the Overworld, a spiritual (but still evil) successor to Dungeon Keeper, has launched its third and final expansion, but developers Brightrock Games have done a sweeping overhaul on the rest of the game as well.

Here’s our list of the best indie games available now on PC.

First, the paid DLC. Dubbed The Under Games Expansion, it adds a new, replayable seven-mission campaign with some new game modes. You can pick from a selection of new Underlords who each have their own playstyle and compete against the rest in either King of the Underhill or Core Shards modes.

But even if you don’t opt to buy the DLC, there’s tons new in War for the Overworld. Brightrock say the AI has been rebuilt from the ground up, and it now has a bunch of potential “personalities” – these use all the game’s existing aspects and include a super-deadly Assassin AI that Brightrock say is extra challenging now.

The original campaign has gotten an overhaul, and the team has also added more than 100 new animations. It’s a far-reaching patch, and even Brightrock haven’t been able to list all the changes yet. You can check out the highlights over at the official site, though.