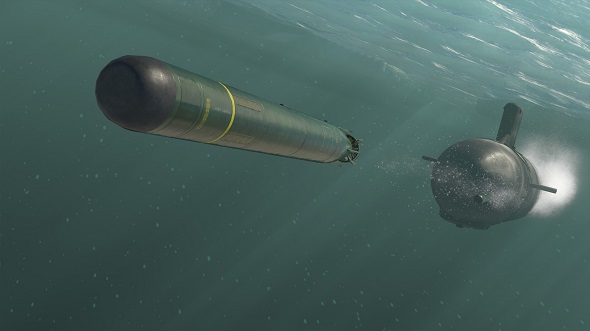 If you thought Sean Connery’s Russian accent in The Hunt for Red October was a complete joke, now’s your chance to show him up. The creators of War Thunder have unveiled their next project – a nuclear submarine game called Silent Thunder – and you can download and play a test version right now.

Here’s our list of the best tank games on PC.

Silent Thunder puts players in control of a selection of the most powerful submarines ever created, facing off as Great Britain, the United States, and Russia in stealthy undersea combat. Developers Gaijin Entertainment say each vessel has a unique loadout of torpedoes and missiles, and include the Russian Yasen-class submarine, the British Vanguard-class, and the American Virginia-class submarines.

“As players chase enemy submarines with their torpedoes, they should not forget that launching a torpedo can reveal their own submarine’s position, making it vulnerable to being attacked,” Gaijin said in a press release announcing the test version of Silent Thunder. “Captains will have to keep their cool and simultaneously follow their instruments to spot any potential harm coming their way.”

Players can access the Silent Thunder test version through the War Thunder client (which you can download here) this weekend, beginning now and ending 6:00 a.m. Eastern on Monday. You can find out more about Silent Thunder and the submarines its featuring over at the official site.