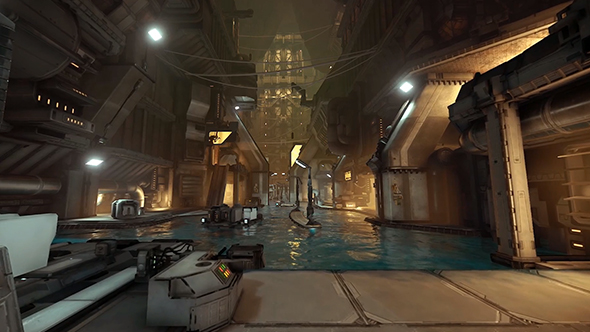 Warframe is hitting its fifth birthday, and developers Digital Extremes dedicated their latest livestream update to celebrating the occasion – and showing off a high-level overview of the game’s next major open world area, Venus.

Check out Warframe and more in our list of the best free-to-play games on Steam.

Venus is a Corpus-controlled planet, and it’s naturally very hot, so there’s an extreme form of temperature control that involves forming coolant glaciers in the sky and sending them crashing down to the planet’s surface. The melted coolant gets sucked up by cooling towers to help regulate the surface temperatures. 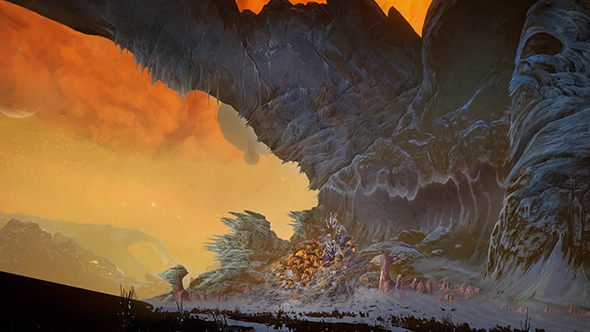 The exact degree to which these things affect gameplay are still under discussion, but there will be winter storms serving as level gates. There also won’t be a day and night cycle, since the Sun will simply circle Venus’s horizon.

The location is close to double in size over the previous plains, with lots more vertical space and interesting topography, with more varied valleys and vistas. Plenty of action, of course, will be happening in and around Corpus bases. Digital Extremes are also working on a more efficient way to process terrain that should offer better detail up close while reducing memory load and improving performance overall. 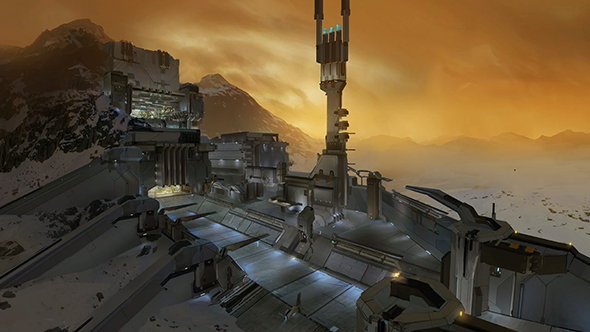 There’s also a new culture called Solaris United, a pool of forced labour that handles processing the Corpus coolant deep underground, cleaning and refining the substance. A work in progress teaser for the location was shown for the location, along with plenty of concept art, which you can see in the developer stream above starting at roughly the 50:00 minute mark.

Expect a full reveal for Venus later in the year. The Plains of Eidolon served as the game’s first open-world expansion, and it was successful enough to help double the game’s record for concurrent players.