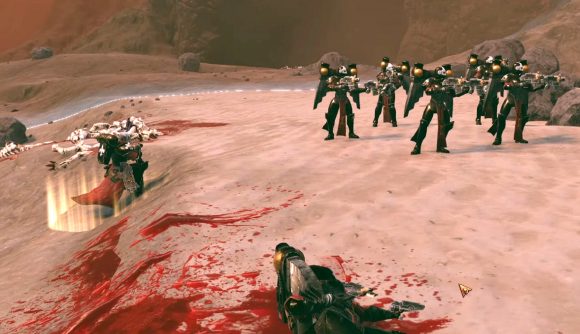 Upcoming Warhammer 40,000 game Battlesector, from the same minds as the excellent Battlestar Galactica Deadlock, has been delayed. Luckily, it’s only by a week, and in even better news the developers have confirmed that more iconic Warhammer 40K factions will be coming to the strategy game after launch.

An official FAQ posted yesterday reveals the new release date, details on the game modes, and a full unit list of Space Marine and Tyranid units that have been rendered in the game. While the main stars of the show are the Blood Angels chapter of the Space Marines, during the single-player campaign they will get access to some Sisters of Battles units, including a hero.

Battlesector is being developed by Australian studio Black Lab Games, but it’s being published by Slitherine, a company that’s had the Warhammer 40K license for a while. You only need to look at the company’s most recent grimdark excursions – namely 4X game Gladius, and turn-based strategy game Sanctus Reach – to see what’s been done before. The former got a lot of 40K’s core factions via DLC, from the Astra Militarum, to the T’au, even the Eldar.

We’ve had a brief hands-on with Battlesector, and it looked promising. It could herald a new era for licensed Warhammer 40K games. 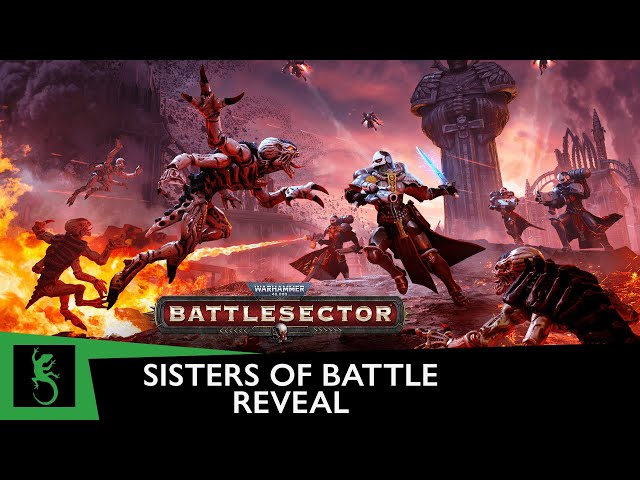 I worry a bit about its’ technical foundations, but the team at Black Labs did a sterling job with Deadlock, and supported that game quite well after launch. I’m confident at least that if it doesn’t hit the mark straight away, it won’t take long to adjust and develop.