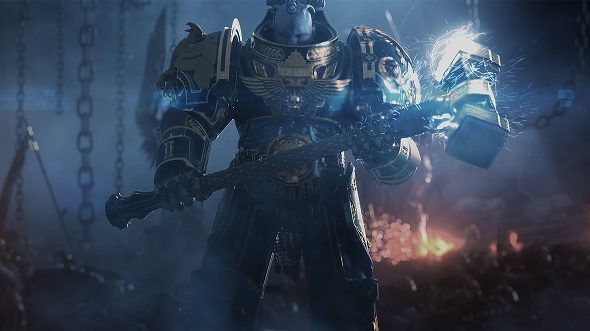 Neocore doesn’t want Warhammer 40,000: Inquisitor – Martyr to fall into the same grind and repeat loop of other action-RPGs, like Diablo 3. The studio is trying to make a new kind of endgame.

Typically, there are two stages in the life cycle of an action-RPG: the initial playthrough, complete with story, character development, and player levelling; and then the replay. The real test of an action-RPG isn’t how many copies it can sell but how many players it can hold on to after the first run.

Many action-RPG developers rely on rare loot drops, hardcore playthroughs, and time-limited events to keep people chipping away at endgame content, but not Neocore. Instead, Inquisitor – Martyr has a seasonal take on an ever-evolving world, with player choice impacting the state of the virtual galaxy, and the enemies to be faced within.

Don’t be left in the grimdark. Check out the best RPGs on PC.

“At the beginning of the game, you’re going to get a single-player campaign, your very own inquisitor’s investigation,” narrative designer and lead writer at Neocore Viktor Juhász explains. “But you also have this open-world sector all around you. As well as moving your character’s story forward, we also wanted to move the plot of the sector forward, too. The seasonal system is our tool to help with that.”

The fate of the galaxy

Inquisitor – Martyr is set in the ‘Caligari’ sector, which is a part of the grimdark galaxy created specifically for this game. While diehard Warhammer 40k fans might be disappointed by the lack of recognisable locales, what this does mean is that Neocore has full creative control over this sector, not being beholden to years of lore. The team used this to its advantage by creating an evolving universe that players can have influence over – it is, essentially, a supreme serving of fan service.

“When a season starts, it’ll introduce a new conflict to a sector or subsector that will change the future of that area. We will give players the opportunity to influence the outcome of those events,” Juhász says.

Neocore was keen to stress that all this content would be experienced by players individually, and that it’s not diving into MMO raid-like territory. Instead, as a member of the ‘Caligari Conclave’, players’ decisions are taken into account as a collective towards deciding the future of the sector. There’s potential here for some players to feel like their voice isn’t being heard if they consistently go against the greater will of the playerbase – but, hey, that’s democracy.

“Seasons will come regularly, seasons will be free, and seasons will change the sector. Worlds can perish, worlds can survive, and worlds can change,” Juhász says. “After a couple of seasons, you will begin to see that this is not the same sector you experienced when you started the game.”

The ‘conflicts’ will apparently be more than just a throwaway flashpoint mission for you to click on, but will instead have real story implications – for example, the machinations of three chaos space marine chapters working together. This focus on updating the lore, especially tangible lore that is sculpted by player interaction, could well provide an experience that will encourage those who don’t particularly care about that next legendary loot drop to stick around longer than the length of main campaign.

The will of the players

Having such regular and forecasted content patches also gives Neocore an opportunity to develop the world’s inhabitants alongside the story. In the game right now, for example, you can only come across a select number of Nurgle, mutant, and rebel enemies, but as the world evolves, the dev wants to add in an ever-expanding list of mob types, eventually encompassing the whole of the expansive 40k catalogue. 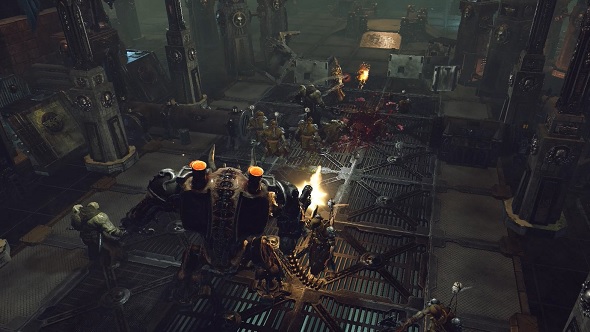 Having a large patch every season also allows Neocore to listen to the will of the players. If the whole community is screaming out for a new race or unit to be represented in-game, the dev would be foolish to not utilise this system to find an excuse to slot them into the lore.

“The first couple of enemy types we have planned are actually those that were most requested by players of the game,” lead community manager Mátyás Csikós says. “That’s admittedly partly coincidentally, but also partly because we’re constantly listening to the playerbase.”

The 40k community is huge on the lore of the universe and its grim gothic inhabitants. This seasonal approach to story development – focusing on large free content patches rather than DLC packages, similar to what’s seen in many modern MMOs – feels like the right approach for this particular game. It’s smart, and should help Neocore keep hold of players once the initial charm of slicing through chaos spawn for a new plasma rifle wears thin.