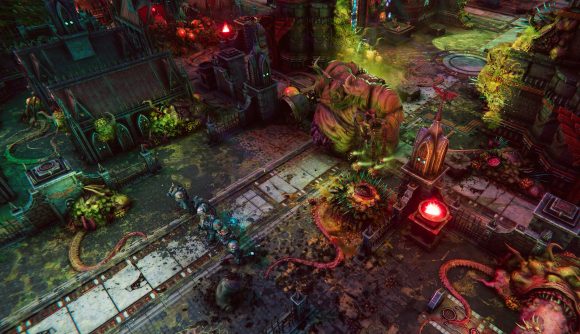 When sickly green spore clouds, tentacled plants, and bloated cultists show up on your home system, you’ve got a Nurgle bloom on your hands. It’s time to call the Grey Knights, the Emperor’s purpose-built squad of heavily armoured daemonhunters. In the upcoming turn-based strategy game Warhammer 40K: Chaos Gate – Daemonhunters, you’ll be racing against the clock to stop the spread of a virulent plague that threatens to consume an entire star sector.

Developer Complex Games provided us with a sneak preview of Daemonhunters, showing off its turn-based tactical battles and some of the customisation options available as you progress through the dynamic campaign. As Nurgle’s influence spreads across the Tyrtaeus Sector, you’ll have to decide when and where to engage, and those decisions will determine where the Chaos bloom spreads and festers.

Once you’ve deployed your squad to a planet’s surface, missions unfold in turns. This’ll be familiar to you if you’ve ever played a modern XCOM-style game, although Daemonhunters adds its own new ideas based on the unique brutality of the grimdark Warhammer 40K universe.

A major point of departure Daemonhunters makes from XCOM is that it involves no RNG. The game provides complete information about how your moves are going to play out before you commit to them, so the emphasis is on finding the best strategy rather than risking action points on attacks that have a chance to whiff.

Like other Warhammer 40K games, Daemonhunters encourages melee combat. The Grey Knights are equipped with the bolters and plasma rifles you’d expect, but they also have powerful melee abilities that can be brought to bear with the precision targeting system. If an apostate preacher is causing problems with his Vox Staff, you can order a knight to move into melee range, activate an ability, and sever the preacher’s staff arm – problem solved, Imperium style. 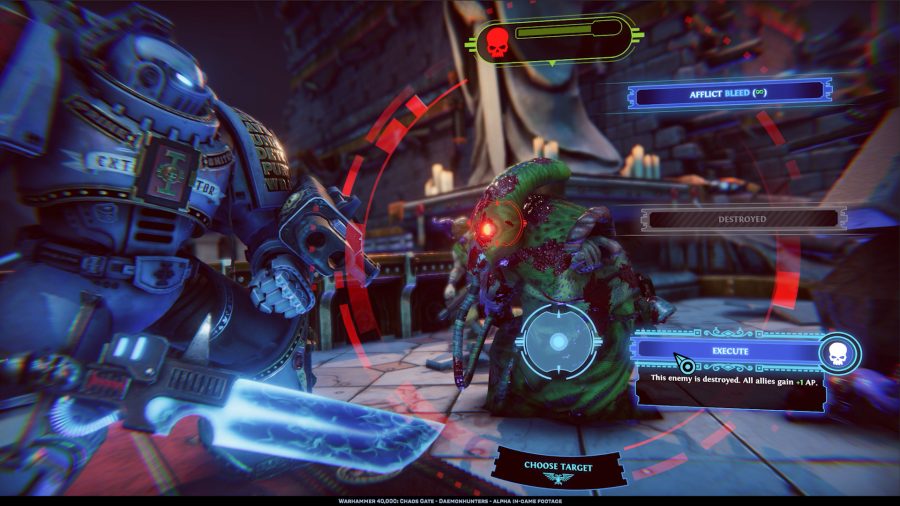 Your squad of Grey Knights starts out with a Justicar, an Interceptor, a Purgator, and an Apothecary, but as the campaign progresses you’ll gain access to mode advanced classes like the Paladin, Chaplain, Librarian, and Purifier. While the Grey Knights are all durable, you’ll still have to be careful: these elite soldiers are not easily replaced, and you’ll need all the firepower you have to defeat Nurgle’s champions.

Complex Games has already revealed Mortarion, the daemon primarch of Nurgle, as one of the ‘boss’ characters you’ll face in the campaign, but the studio says there are plenty more big baddies to take down, too. While you’re outfitting your squad with the latest in death-dealing wargear, you may hear a familiar voice – Andy Serkis, who has brought fantastical characters like The Lord of the Rings’ Smeagol and Planet of the Apes’ Caesar to life, voices Vardan Kai, the steward of the Knights’ armoury. 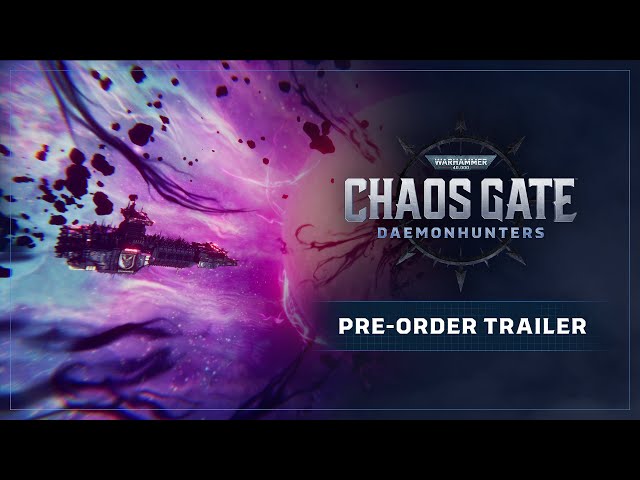 Warhammer 40K: Chaos Gate – Daemonhunters has plenty to dig into, between its battlefield tactics, the one-use psychic stratagems you can bring to engagements, and the Chaos-blessed enemies and settings that change and mutate over the course of the campaign. It’ll arrive on PC on May 5.