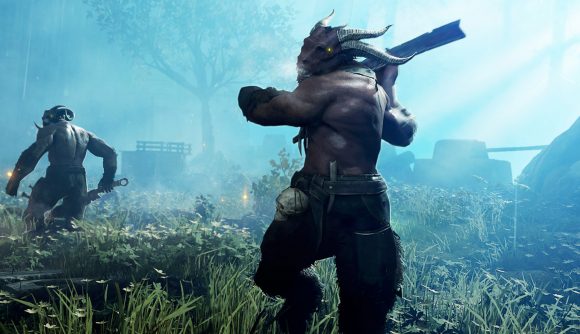 Warhammer: Vermintide 2 is getting a major add-on later this year in the form of Winds of Magic. It’ll be the first full-sized expansion for the game, following earlier DLC and free updates, and it’ll bring a new faction with the Beastmen, as well as a new level cap, higher difficulty, and plenty of new weapons. It’ll also bring a new game mode which has you confronting the titular Winds of Magic.

Each of the eight winds will have its own challenges to overcome. As developer Fatshark tells PC Gamer, those challenges are made up of ‘weaves,’ which are particular combinations of maps, winds, objectives, difficulties, and final challenges. The idea is that beyond the initial set of hand-built weaves, the options will continue to exponentially expand so that players have an essentially endless series of challenges to overcome.

The expansion will be focused on Helmgart, and it’ll give us what’s noted as the game’s toughest enemy faction yet. The Beastmen emerge from the Reikwald forest following a meteor crash, and will bring all the new Chaos-infused danger you could hope for.

Winds of Magic is set to launch this summer, but there’s no specific release date or price to prepare for just yet.

Fatshark does plan to reveal more detailed information on the expansion in the run-up to the game’s first anniversary.

Related: Partner up in the best co-op games on PC

We interviewed Fatshark CEO Martin Wahlund last year about Vermintide’s future, and the studio plans to keep the current game going for the next “five to ten years” – an ambitious goal, but hopefully this expansion will be a solid step toward that future.