Warstride Challenges is a new FPS game with platformer and racer elements that the developer describes as a deliberate cross between Doom, Trackmania, and Super Meat Boy. Think that sounds too mad? You’ll be able to find out for yourself on Monday.

This combination of demon-slaying FPS with quick-thinking platformer and intense racing game is planned to be out this year in Steam Early Access. You may have come across it as Warcry Challenges, but developer Dream Powered Games recently decided to rebrand so there wouldn’t be any confusion with the Warhammer series of the same name.

The developer has revealed that the first public demo of the rechristened Warstride Challenges will be available as part of Steam Next Fest on Monday, February 21. This will consist of 10 of the game’s 180+ challenges over eight unique levels, with asynchronous multiplayer that allows players to compete against each other for better times. Dream Powered even promises prizes for those that post the best time on the demo’s challenger map.

There’s a gameplay overview video below for anyone still confused about how Warstride Challenges is going to play. It is essentially a first-person parkour racing game with added demons to shoot along the way and a Doom Eternal-style heavy metal soundtrack. As for those worried by the Super Meat Boy comparison, Dream Powered insists that “every FPS player can finish Warstride – while probably sweating a bit”, although the game will be harder to master. 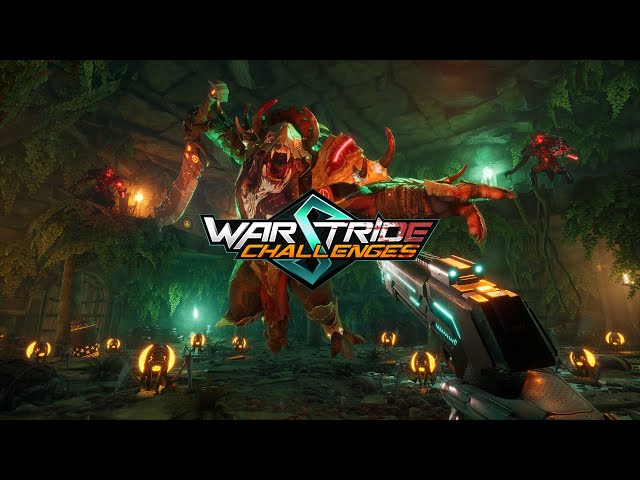 Steam Next Fest kicks off on Monday and runs until February 28, where you’ll be able to try out many upcoming games – including Warstride Challenges and “Frostpunk in space” city builder Ixion.