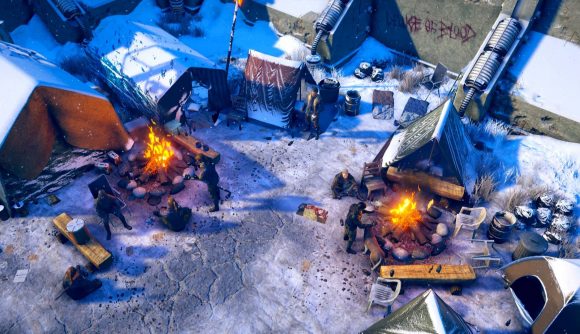 Good news, RPG games fans – Wasteland 3, inXile Entertainment’s upcoming turn-based roleplayer, is just around the corner. The Wasteland 2 sequel launches this very Friday, August 28, and the critics’ reviews are now pouring in, offering a good idea of whether it’ll be worth your hard-earned pennies. Read on if you’re keen to find out.

Based on the reviews and scores posted today, it seems the answer to that question is a resounding ‘yes’. Wasteland 3 is currently sitting at a very respectable 86 on Metacritic and not far behind on Opencritic, at 84. Eurogamer gives it the “recommended” stamp in its (unscored) review, while PCGamesN’s very own Gina Lees scores the RPG a whopping nine-out-of-ten in our Wasteland 3 review, calling it “brilliantly bloody”.

“Lurid characters, a deep RPG system, and captivating combat set in an unhinged apocalypse – inXile Entertainment’s latest shouldn’t be missed,” Gina says, concluding that, although the game “doesn’t offer anything immediately innovative, it slams the nostalgia card down on the table in a brash, unforgiving way that makes this game incredibly moreish”.

Without further ado, let’s take a look at the critics’ review scores for Wasteland 3:

As you can see, Wasteland 3’s fared well with the critics so far. If you’re keen to pick it up for yourself, it’s up for pre-order on Steam. Meanwhile, you can find out how long Wasteland 3 is, Wasteland 3’s endings, and all about its Joker character and a Ronald Reagan cult (no, really).