Watch Dogs Legion offers a giant, dystopian spin on London packed full of potential DedSec recruits with their own backstories and abilities. You’ll spend a good deal of your time here building up your ranks and searching for the best Watch Dogs Legion operatives with which to put an end to the surveillance state and Albion’s totalitarian regime. That’s a lofty enough goal as is, but Legion goes one step further by offering a separate permadeath mode.

Yes, if you opt to turn permadeath on, any operatives who go down in the field and aren’t revived will remain dead forever. That might seem rather cruel, but it’s arguably the way that Watch Dogs Legion was designed to be played.

Anyone and everyone on the streets of London can be recruited to your cause, so you’ll never be short of new operatives. However, being reckless and repeatedly getting your crew killed means that you’ll have to sit through recruitment missions whenever you need to boost your numbers. And maybe you can’t bear the thought of losing your first few DedSec recruits? That’s ok – permadeath isn’t for everyone.

Watch Dogs Legion is an ambitious sandbox game with some novel features and a focus on player experimentation, both inside story missions and out in the open world. Legion’s permadeath mode will inevitably alter the way you approach combat encounters, often forcing you to be a little stealthier or to come up with some creative solutions using the game’s hackable tech.

When you’re first starting out, you’ll have the option to enable permadeath or play without it. If you start your game without it, you can’t just turn it on at a later time. And if you opt to turn it on but eventually come to regret your decision, that’s totally fine, too – you can easily disable it within the in-game menu. Just bear in mind that you won’t be able to turn it back on afterwards. If you’re feeling particularly confident (masochistic), you can enable Iron Man mode, which is just permadeath without the option to turn off permadeath.

Thankfully, permadeath doesn’t become active until after you’ve finished the first few missions, the last being the quest where you’re tasked with recruiting a construction worker. When the time comes, you’ll be alerted by an on-screen prompt telling you that permadeath is active, so feel free to be as reckless as you like up until this point. 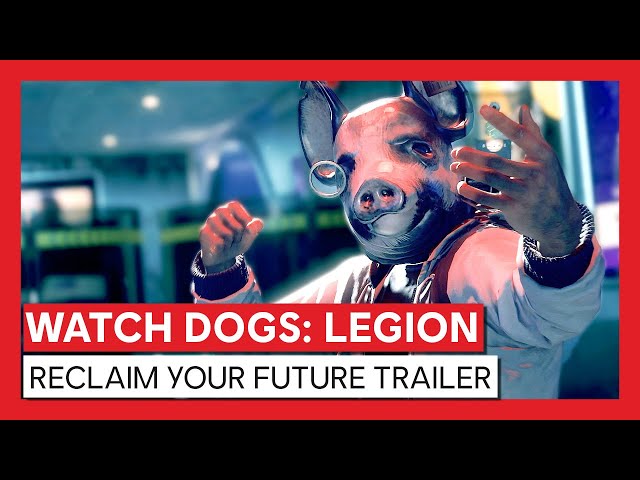 What happens when your operatives die?

Your operatives can be hospitalised or arrested, which results in them being locked away behind a timer. If they happen to die when you have permadeath enabled, that’s them gone for good. The blow is softened by the fact that your upgrades, unlocked gadgets, and hacking abilities carry across your entire roster. So, fear not! You won’t lose a ton of progress whenever one of your operatives inevitably kicks the bucket.

The real concern, then, is what exactly happens if all of your operatives die? Well, the credits will roll and your revolution will come to an untimely end. It’s unlikely that your run will go quite so belly up, but every dead operative still has a mourning family that you might just spot when out and about. The loss of an operative can therefore result in you struggling to recruit their friends or family to the cause. In Watch Dogs Legion, NPCs remember your antics, and these knock-on consequences can be felt long after an operative’s death.

If permadeath mode simply isn’t for you, there’s no shame in ignoring it completely and wreaking havoc with zero long-term risks. Permadeath isn’t generally something we see in many open-world games, but its implementation here is handled fairly and simply. For a more thorough breakdown of Ubisoft’s latest, be sure to check out our full Watch Dogs Legion review, which features an in-depth look at its ambitious mechanics. You might also be wondering just how long is Watch Dogs Legion?