Who are the best Watch Dogs Legion recruits? By now you’re probably aware you can recruit just about anyone on the streets of London in Watch Dogs Legion. You may also be aware that you shouldn’t recruit just anyone, as your pool of recruits soon starts to add up and you may need to trim the fat off your organisation, DedSec, in order to have the best operatives. An Operative who’s able to fart loudly might seem like a fun idea, but they’re not exactly the best candidate for the job.

Don’t worry, you’ll probably lose some recruits to missions going awry, if you’ve enabled Watch Dogs Legion permadeath – but if you want the best of the best, here are some of the rarest and best Watch Dogs Legion recruits and what they can bring to your team. Recruiting in Watch Dogs Legion is pretty simple, as well, you just need to complete your recruit’s mission for them to join you. You can scan anybody to see their character profile including traits, abilities, and any special weapons they may have. Bear in mind all the NPCs are procedurally generated, so you’ll get a random mix of skills for each person and some general archetypes. Some of these operatives can also be found after completing specific activities, like liberating a borough.

And as anyone can be recruited, here are the locations of the best operatives in Watch Dogs Legion along with what they’ll bring to the table.

No, it’s not a bald dude in a black suit and red tie slipping between objects to remain undetected, instead the Professional Hitman doesn’t rely on stealth to get the job done and can run at armed enemies taking them down with their own guns thanks to the Gun Kata ability, which is effective as well as fun. You need to head to Nine Elms and complete the red tasks, going from oppressed to defiant and then take on the mission Black Hole of Battersea to recruit a Hitman. 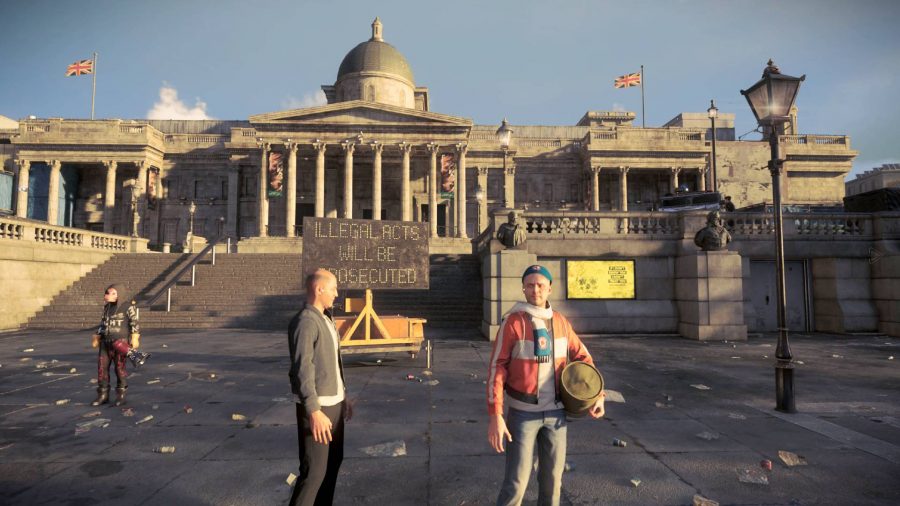 If you want an army of James Bonds then recruiting Spies will give you the ultimate roster of suave suited, sleek car driving, silenced pistol toting operatives at your fingertips. You can find a spy outside the M16 building in Lambeth, right by the River Thames. You can also turn Westminster defiant to unlock a mission to recruit a spy. Spies have access to the coolest car in the game, an Aston Martin with rockets that can turn invisible – so if you thought you didn’t need a spy, think again.

You’ll need a Drone Expert if you plan on hacking your way through the most challenging missions, they come equipped with a shock drone and can hack any enemy drone to turn it against them, or tinker with drones turning them into floating bombs. A Drone Expert can be found hanging around the front of Parliament in the City of Westminster. 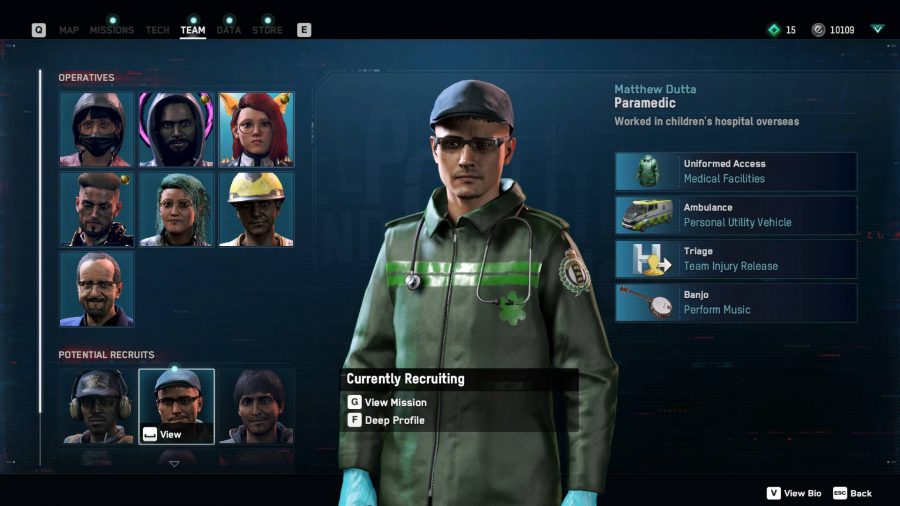 This one is kind of self-explanatory, they drive ambulances so you can recruit them from any you see in the world. Their skillset isn’t always the same, but you’ll often find that Paramedics offer uniformed access to medical facilities, let your injured operatives return to the team faster, and can summon an ambulance at will. .

A must if your stealth is subpar and Albion has caught you red handed. The Getaway Driver will be able to stop chase drones from following you, and can cause all cars to steer away from you like Moses parting the Red Sea. Head to Tower Hamlets and make the borough defiant to highlight the new mission to get the Getaway Driver – who can be found just outside the Tower of London.

Initially mocked, but now probably among the best recruits in Watch Dogs Legion, Beekeepers live a simple life of tending to their mechanical bee hives and can be found in gardens around London. We all know bee attacks in games are deadly and their robotic counterparts in Legion are no different, great for a long range and laid back approach as they descend on enemies from a safe distance. 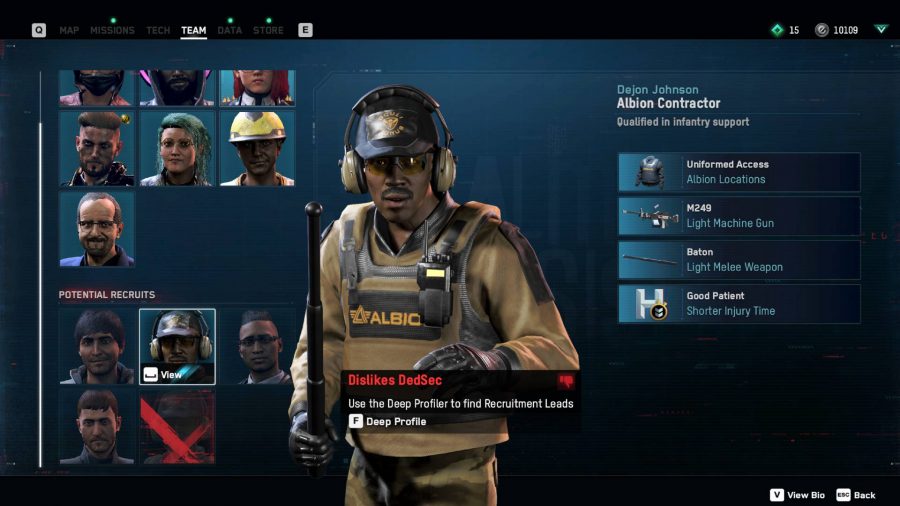 Although there’s an abundance of these grunts around London, so they may not seem very special, you should definitely recruit one for your team. Albion personnel have access to restricted areas and zones thanks to being Albion employees. They are fairly common and can be found hanging around most areas, but don’t pass them by, as they can infiltrate heavily guarded areas in their uniform. You will notice that they aren’t as easy to recruit as other characters, so you may need to get the deep profiler upgrade to learn more about them first.

Of course you want a Stage Magician in your lineup, what with their hypnotic charm and… fine, they may not be the best recruits in Watch Dogs Legion, but you can use their pocketwatch to change enemy allegiances which can be handy in restricted areas or for just having a giggle around the map once you convince NPCs to fight on your behalf. They can be found in Camden and only at night time, performing tricks on the main high street.