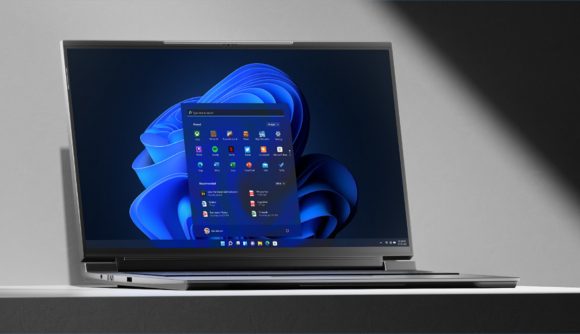 If you’re the type of person who stresses over packet loss and other connection related issues on their gaming PC, or don’t think twice about these kinds of things, we can all agree that lag ruins the experience for everyone. A new feature in Windows 11 called Wi-Fi Dual Station, developed with input from Valve and Qualcomm, reportedly reduces latency by up to 4x compared to current solutions. Qualcomm has issued a press release, as highlighted by GamesRadar, but we have all the details you need to know about it right here.

All eyes are on Microsoft’s newly released operating system, particularly when it comes to gaming performance. Excitement for enhancements such as Auto-HDR is spoiled by reports of the OS having an insatiable appetite for the best gaming RAM, leaving some would-be upgraders with cold feet. Then there’s the muddied conversation surrounding Windows 11’s support for older gaming PCs, which is leaving many users confused.

Regardless, Wi-Fi Dual Station sounds like a great addition to the operating system and should help to significantly boost the performance of Wi-Fi gaming on the best gaming laptops and rigs that use wireless networks.

So, how does it work? Anshel Sag, principal analyst at Moor Insights & Strategy, provides a great breakdown of the new technology. The feature works by sending the same data across two different Wi-Fi 6 bands.

Sag elaborates, “[t]his requires the game server to send these two streams and for the operating system to be able to switch to the stream with the best latency and the fewest packet drops based on the Wi-Fi conditions.” The reason that Qualcomm had to work directly with Valve, according to Sag, was due to a game’s server and the client operating system needing to “sync together” in order to enable Wi-Fi Dual Station.

In order to make use of Wi-Fi Dual Station, you’ll need a Qualcomm FastConnect 6900 Wi-Fi chip, which should make its way into new Windows 11 gaming PCs and components in the near-future.