Wolfenstein II defines itself in its opening scene. Hiding in a closet, you, as the young BJ Blazkowicz, watch helplessly as your father hurls physical and verbal abuse at your mother whilst denouncing everyone who doesn’t fit into his whitewashed American dream.

Read about how the developers made the shooting in Wolfenstein II feel so good.

He is angry and scared that his reputation will suffer because his son is “sweet on some n*****.” He is insulted by the suggestion that your mother works as hard as him, and states that he only married a Jewish woman because her father might be an asset to him. 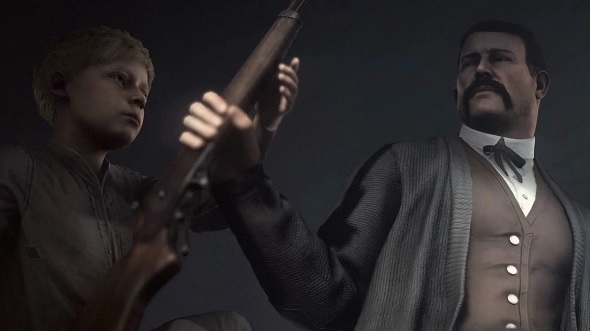 You try to fight back but you are not strong enough to win. For your ‘shortcomings’ you are forced to kill your dog. This is a time and a world in which you are not in control. No matter what you do your existence is not solely your own to determine.

Within this opening scene are cutaways involving BJ, now an adult, undergoing great pain and, most tellingly, having to decide which of his friends is going to be murdered at the hands of a villainous Nazi. You might be a grown, strong man, but choices in your grown-up world as BJ The Great Soldier are still governed by outside forces.

Just as BJ has no means to save his friends or overcome the torments of his father, we as players have no means to avoid these encounters or take full agency over them. And yet, whilst linearity is a dirty word to many gamers and game designers these days, it is exactly this loss of control that gives Wolfenstein II’s narrative such great impact and, ultimately, its humanity. 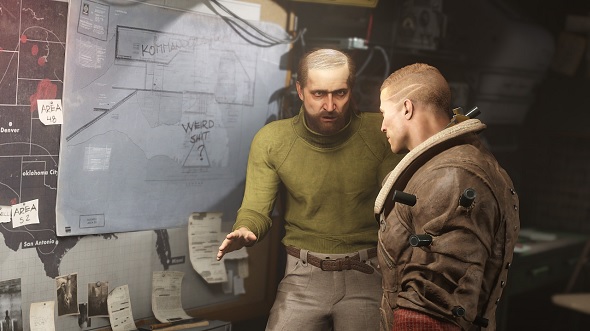 No-one in this game is fully rounded as a character – in isolation, each is too shallow to match our own complexities – although each exhibits their own defining characteristic. Irene Engel has the apathy, Anya the empathy, Set the curiosity, Super Spesh the paranoia, Sigrun Engel the naivety, BJ’s father owns the hatred and fear, BJ himself is consumed by loss and sadness. Together, they form what most would consider to be someof the key facets of humanity – for better or worse.

It is only through Wolfenstein’s II linearity and enforced contact with these characters, their actions and stories, can that sense of humanity emerge. Therefore it is important that we witness much of the drama between them during cutscenes, where we have no control, as if we had too much influence over how they interact with one another then there is the risk of losing one of the most important effects the game has on us.

If we were able to choose our own path through Wolfenstein II then we would see different events to one another. That means the conversation we have about the game with others would degrade into lists of our observed events/accomplishments, rather than discussing and understanding how the same events impacted us in different ways. In Wolfenstein II’s case, this gives us the opportunity to discuss, parenting, racism, abuse, nationalism, and many other topics, personal and otherwise. 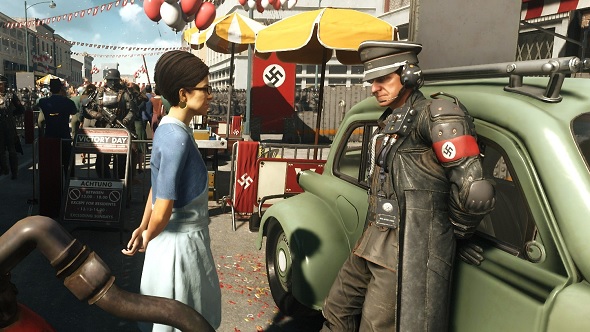 Talking about how the same events make us feel is something only linear games can gift us on a regular basis. Our differing reactions to the same events highlights that a single path through a game does not equate to a single meaning, that our player agency comes from the game to look inside ourselves for an answer, as opposed to us forcing an answer upon the game.

BJ’s father seemingly took his humanity from him, but his reaction to that gave him a new one. This is a game that, through its shocking scenes and emotional pulls, seemingly takes humanity from us, but in doing so sets a framework for us to embrace it.

I’m not saying Wolfenstein II is about humanity, but it goes without saying that it’s about mother fucking humanity.