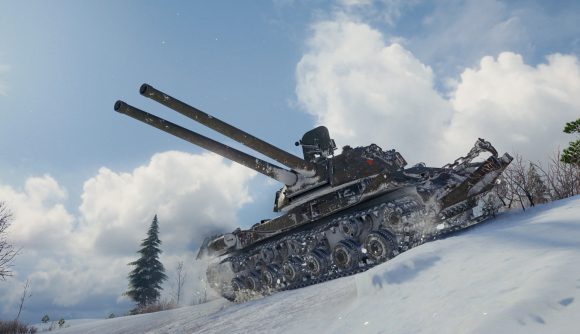 Wargaming, publisher of the popular free-to-play games World of Tanks and World of Warships, announced today that it has ceased operations in Russia and Belarus, and will close its original studio and former headquarters in Minsk.

A post to the company’s Linkedin profile says the decision comes after a weeks-long “strategic review of business operations worldwide,” and that its live games business in Russia and Belarus has been transferred to Lesta Studio, a former Wargaming studio that no is no longer affiliated with the publisher. Wargaming says that its games will remain available in those countries “during the transition period,” but it is currently unclear what will happen once the exit from Russia and Belarus is completed.

The Russian invasion of Ukraine has rattled Wargaming. Its creative director, Sergey Burkatovsky, departed the company after voicing support for the Russian armed forces in a now-deleted post on his Facebook page. Wargaming disavowed his remarks, telling Russian-language gaming site Cyber Sports that Burkatovsky’s comments do not align with the position of the company. A former Wargaming developer, ‘Vitaliy T.’, urged the company to use its games to educate Russian players about the true horror of the ongoing war.

Wargaming says it anticipates the move resulting in “substantial losses” due to the decision to move out of Russia and Belarus. However, it says it will be “providing as much severance and support as possible to our employees affected by the change.”

“Despite the magnitude of this decision, we as a company are confident in the future of our business and are committed to delivering quality games to our players,” the statement concludes.

Wargaming is currently headquartered in Nicosia, Cyprus. Its Kyiv studio employs around 550 developers.