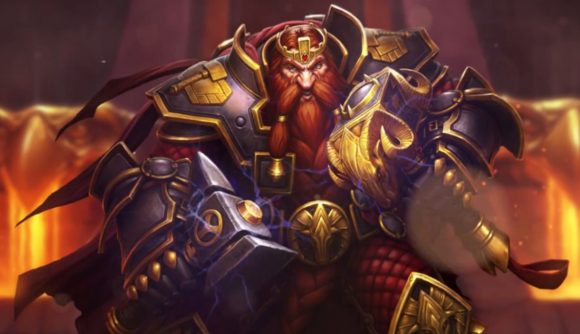 Being an MMORPG game, World of Warcraft can be a serious investment. A new project is sidestepping all of that by moving WoW into the Dungeons & Dragons universe, one set of race stats at a time.

This is all the work of Wyatt Trull, a writer who’s worked on dozens of DnD guide books. Over the course of months and years, he’s been doing up stat sheets for all of Warcraft’s races, in guide dubbed ‘Blood & Thunder’, most recently posting his take on the Murlocs on Reddit. Last year, he shared the Furbolg stats, and has since seen demand to finish the guide.

“I’ve gotten a lot of requests to continue this series over the last year, but I had to focus on writing things that would pay the bills,” Trull comments. “Now that my schedule is a bit freer, I started releasing the WoW races weekly on my Instagram and Patreon. Patrons get to vote on the next week’s race. I’m also planning to release a fully written The Culling of Stratholme campaign so other DMs can also dive into Warcraft in their own right.”

Trull has playtested two campaigns: one during the aforementioned Culling of Stratholme, and another other during the Dark Iron invasion of Grim Batol. You can see all the sheets thus far on his Instagram.

In a post on his website, Trully explains how to play DnD using his WoW system, and gives some caveats absolute combining the two. “It goes without saying, however, that WoW is a videogame and DnD is a TTRPG,” the post reads. “The former is full of wacky mechanics, objects, and system choices; the latter must practice a much higher degree of realism. For example, a goblin has a racial ability where they can summon a hobgoblin that allows them instant access to their character’s bank accounts. This does not fly in a TTRPG system.”

Our sister site, Wargamer, has a starter DnD adventure, if you’re totally new to the RPG game, and a guide to using Roll20, so you can play table-top games online easier. In regular World of Warcraft news, you can’t buy 30 months of game time any more, and Shadowlands’ Chains of Domination hits the PTR in two weeks.