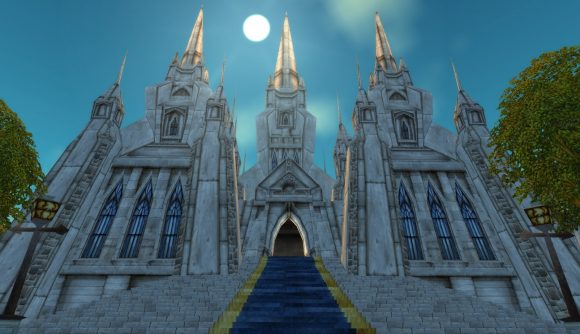 Thousands of World of Warcaft players got together for in-game memorials to streamer Byron ‘Reckful’ Bernstein, who recently passed away. The tributes were organized off the cuff by players across servers in World of Warcraft and World of Warcraft Classic, and became what’s believed to be the largest player-driven even in the history of the MMORPG.

Attendees for the send-off got together in the Cathedral of Light in Stormwind City to kneel in unison for the World of Warcraft personality. It was reported that Bernstein had died by suicide earlier this week, leading to commiserations from Twitch and Blizzard among many involved and associated with the world of streaming, and the wider Warcraft fanbase.

Bernstein was a pivotal figure within WoW for years, having been a top rated competitive PvP player for multiple seasons, and heavily contributing to Warcraft video-sharing site WarcraftMovies before Twitch and YouTube took off. He had an especially large following on Twitch, with nearly one million followers on the streaming platform. Fellow WoW content creator Asmongold tweeted after the memorial that it was “not only the largest in-game memorial but also the largest in-game player-driven event in the history of World of Warcraft”.

Asmongold also uploaded a full video of the Reckful memorial, which you can watch below:

A mod for Bernstein’s Twitch channel is currently playing reruns of his old streams. Players of Lord of the Rings Online held paid their respects in a similar fashion in the wake of the passing of Bilbo Baggins actor Sir Ian Holm.

If you’re experiencing suicidal thoughts, or you’re concerned someone you know is, you can call the Suicide Prevention Hotline (800-273-8255) in the USA, or the Samaritans (116-123) in the UK, as well as find further resources for the US here, the UK here, and the rest of the world here.