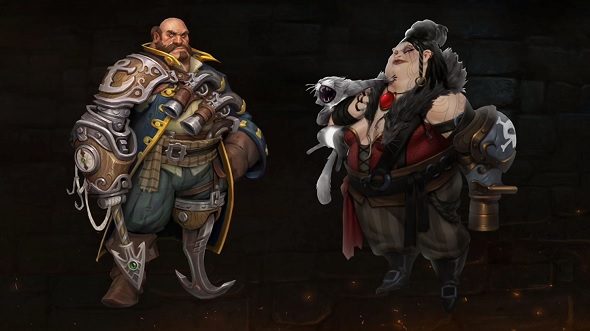 Last week, the Humans of Kul Tiras were announced as the fourth Alliance Allied Race. Adding a new offshoot to an existing race is nothing new – we’ve got more flavours of Elf these days than is necessary – but, come on, more humans? That’s a little boring, right?

Find out much more about the Battle of Azeroth Allied Races.

But while the seafaring folk of Kul Tiras may be just as human as their cousins on the mainland (and arguably more-so than the Gilnean worgen), they are bigger built, as that is what it takes to brave the ocean. And, by finally getting a little braver with bodies, I feel this is a small step towards bringing Warcraft a little further towards modern Blizzard sensibilities.

Humanity is the most popular race among players, and our portrayal in the fantasy world of Azeroth is pretty safe and inoffensive. Boring, some might say. In a world of spacefaring goats, demonic elves, and Dreamworks’ Kung Fu Panda, Humans are the default – the classic High Fantasy realm of shining knights and beardly wizards. 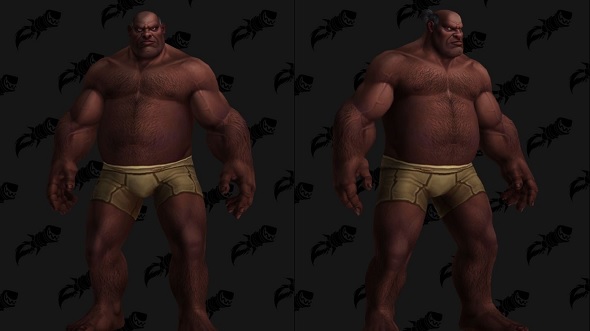 But World of Warcraft is a game played by millions across the globe. Blizzard have been keen as of late to push their image as a progressive studio. Their newest title, Overwatch, leans hard on showcasing a wide range of characters from all sorts of backgrounds; and Blizzcon 2017 opened with a reel of players from all walks of life, brought together by the Irvine studio’s catalogue.

Azeroth has always felt a bit rough when it comes to representing the breadth of these players, though. Many of the game’s races toe uncomfortable lines due to being designed as analogues of real-world peoples, while gendered clothing brought us a lotof boob armour and chainmail hot pants in early years.

But, even as far as body shape goes, World of Warcraft has felt annoyingly limited. Blood Elf males infamously had their muscles buffed before The Burning Crusade, while female character models are nearly always slim with big breasts no matter what race they belong to. These options are not inherently bad, but there is a lack of choice – best shown in the Barbie and Ken models for Human players. 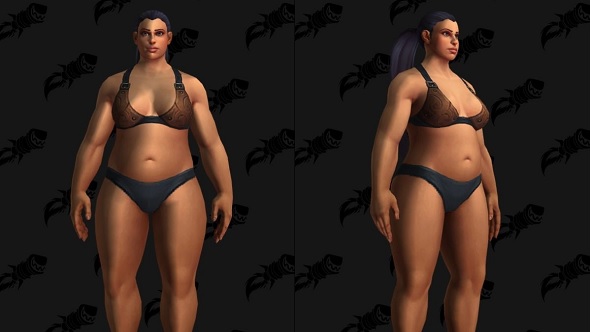 As the most popular faction, it is great to see some change coming to Azeroth’s humans. Ideally, I would love to see malleable body shapes as a core part of character creation – made as simple as it is to change hairstyle or face. But World of Warcraft is an old game. It has taken until now – a whole 14 years – to alter a model’s rigging to fix hunchback Orcs, and so the work to make Kul Tiran bodies a result of sliders and settings would be a monumental task.

That is why I am excited for even the small change that the Kul Tiras Allies are going to bring. When questing through Kul Tiras, it will be surprsing what a tweak like variable body sizes on NPCs will add to the experience. People are diverse, and the streets of Boralus will reflect this, not being filled with an eerie mass of identikit characters for once. There are even skinnier male Kul Tiras NPCs – more husk than hunk – that appear throughout the continent. I wager technical limits will prevent players getting a shot with them, but it would be neat to give them a break from the buff template – it is about time.

Warcraft is a game that has endured for decades, and at times struggled to break away from more dated design choices. But Blizzard have long embraced the wide range of humanity that enjoys their games. Even small steps like this show an ongoing effort to reflect that diversity in their work.