World War Z came out back in April, and now the multiplayer zombie shooter has just wrapped up its first season. Developer Saber Interactive is kicking of World War Z season two with two new chapters, a prestige system, and – best of all – a flamethrower.

To take these in reverse order, the flamethrower does exactly what it says on the tin. It shoots a steady jet of fire, which can be used to direct large zombie hordes away from key areas or into traps you’ve set up elsewhere. Setting up with one of these at a choke point could be a great way to buy your teammates some time to clean up, find key items, or get some healing done. It’s been something the player community has been asking for since launch, and now they’ll be able to roast zekes to their hearts’ content.

The prestige system is another highly requested addition. Like other prestige systems, this allows you to roll your class rank back to the start, keeping certain bonuses and gaining access to some special cosmetics that let you show off your high level and dedication to the game.

The two new chapters are additions to the New York and Moscow survivor stories. You can check out a trailer here: 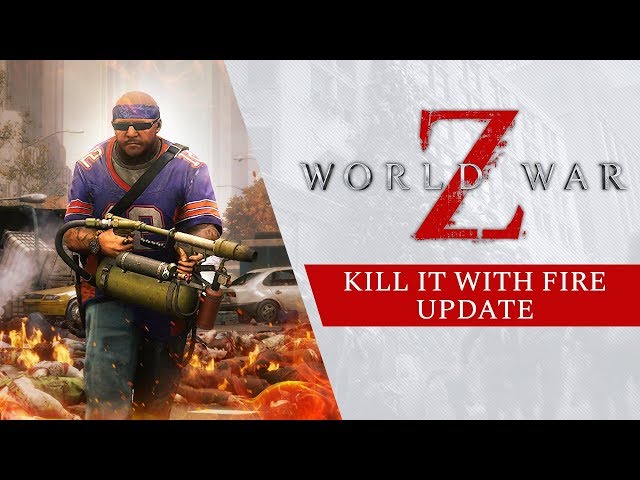 Resurrection is the fourth chapter in the Moscow storyline, set a few days after chapter three. Rescue hasn’t shown up and with nerve gas seeping out into the city, the survivors head below ground – into the subway system, in what is perhaps a nod to the Metro series.

New York’s chapter four is called Dead in the Water, and has your group of survivors aboard a tugboat on the Hudson River. The idea was to head to Canada, but unfortunately your plucky ship has run out of fuel, and Manhattan is full of walking corpses who want to make sure you never see the border.

Finally, the update also adds ultra-wide support to World War Z. Saber Interactive says there’s more free content on the way for the game, and that it’ll be supporting World War Z through 2020 and beyond. I think I’ll reinstall this game today.