Ahh, Worms. The long-running, turn-based tactics series that sees oodles of little pink invertebrates blast chunks out of each other with bazookas, holy hand grenades, and exploding grannies. The Worms games are fantastic fun, and if you’re a fan, Humble’s new Bundle will surely be your bag – it’s all about Worms! Worms! Worms!

The Humble – yes, you guessed it – Worms! Worms! Worms! Bundle is filled with $211 worth of Team 17’s grub-related goodies, and like many of the site’s other offerings, has four different price tiers on offer. First up, for a teeny weeny £0.77 / $1 you can unlock the original 1995 Worms, which – although missing the polish of the series’ newer titles – is ideal for classic PC games fans. Also in tier one are three Worms spin-offs; the puzzle-action game Worms: Blast, and the self-explanatory Worms: Crazy Golf and Worms: Pinball.

The Bundle’s second tier, meanwhile – which unlocks if you pay more than the average of £7.37 / $9.53 – has 2010’s Worms Reloaded, one of the series’ classic 2D artillery titles and a port of Worms 2: Armageddon, along with the 3D game Worms Ultimate Mayhem, and range of add-on goodies for the two.

These include the Puzzle, Forts, Time Attack, Retro, and (pre-order) Forts and Hats Packs for Reloaded, plus Mayhem’s Customisation Pack. 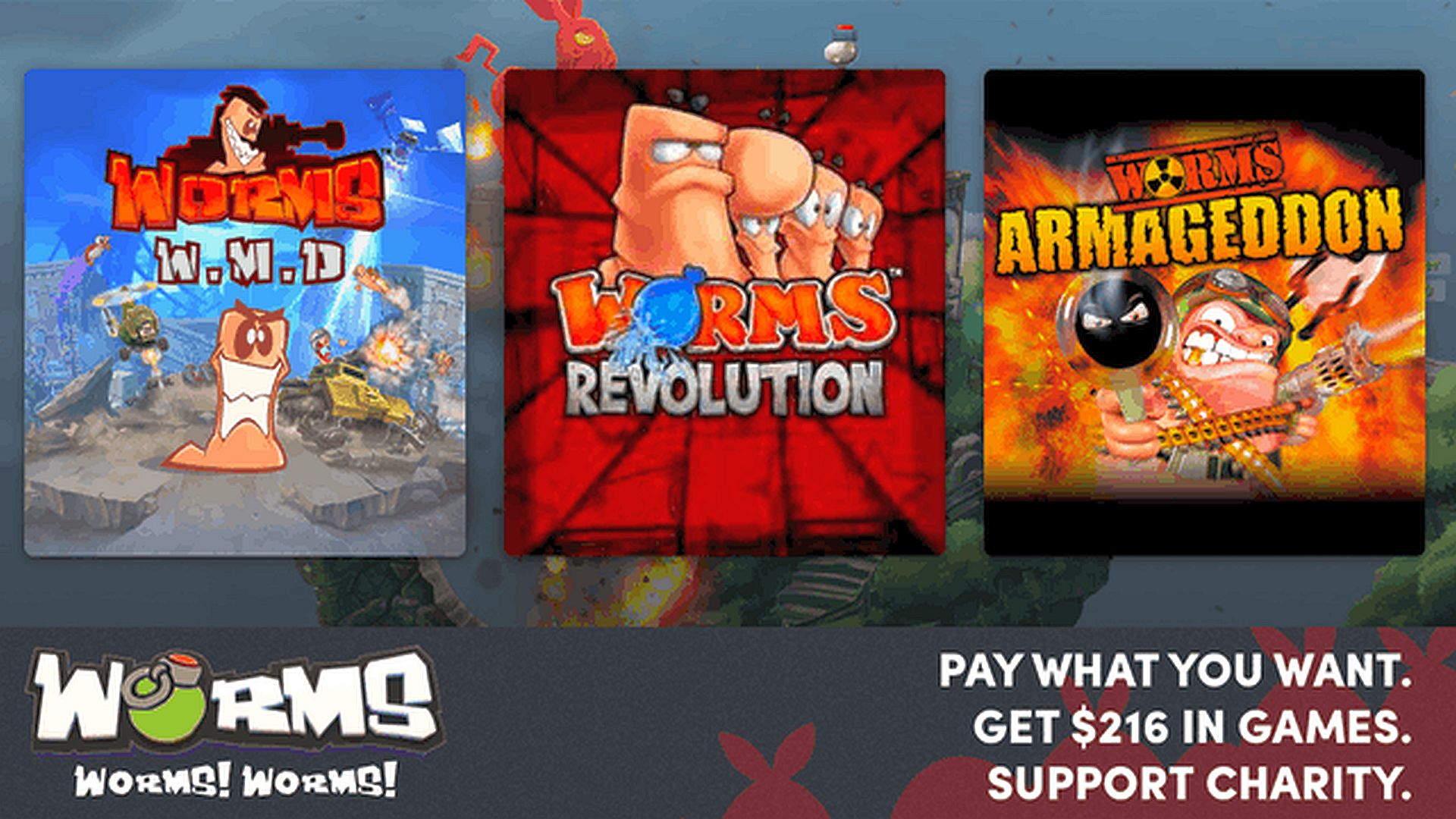 For £9.26 / $12 or more, you can grab a range of treats from the Worms catalogue: Worms Revolution, Worms Clan Wars, Worms Armageddon, Worms World Party Remastered, and the Multiplayer Pack for Ultimate Mayhem.

I think I’ve written the word ‘Worms’ enough now to last a decade, and with the new Bundle, you could scoop enough games to last about that long, too – and support charity in the process. If you’re keen to get stuck into a ton of wormy war games, you know where to click.